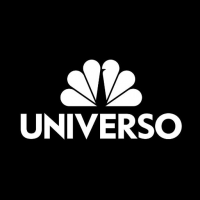 Sign up to track 1 nationally aired TV ad campaigns for NBC Universo. In the past 30 days, NBC Universo has had 5,580 airings and earned an airing rank of #143 with an impressive spend ranking of #0 as compared to all other advertisers. Competition for NBC Universo includes NBC, ABC, Lifetime, IFC TV, Hallmark Channel and the other brands in the Life & Entertainment: TV Networks industry. You can connect with NBC Universo on Facebook, Twitter, YouTube and Pinterest.

We have seen no national TV commercial airings from NBC Universo.

If you have questions, please contact us for more details.

Please be aware that our site is best experienced with Ad Blockers turned off. Please consider disabling your Ad Blocker to ensure proper loading of all iSpot pages.