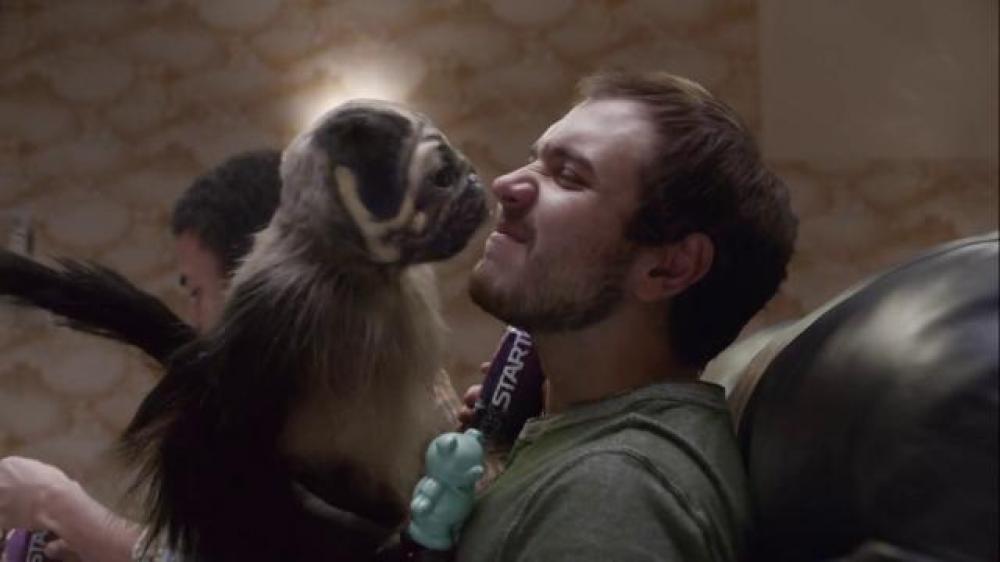 And the winners are… Mountain Dew, Hyundai, T-Mobile, Hyundai and T-Mobile! Yep, you read that right. While Mountain Dew’s haunting “Puppymonkeybaby” took the number one spot for digital performance on game day, T-Mobile and Hyundai each landed two Super Bowl ads in the top five most engaging, making the top five a party of three. 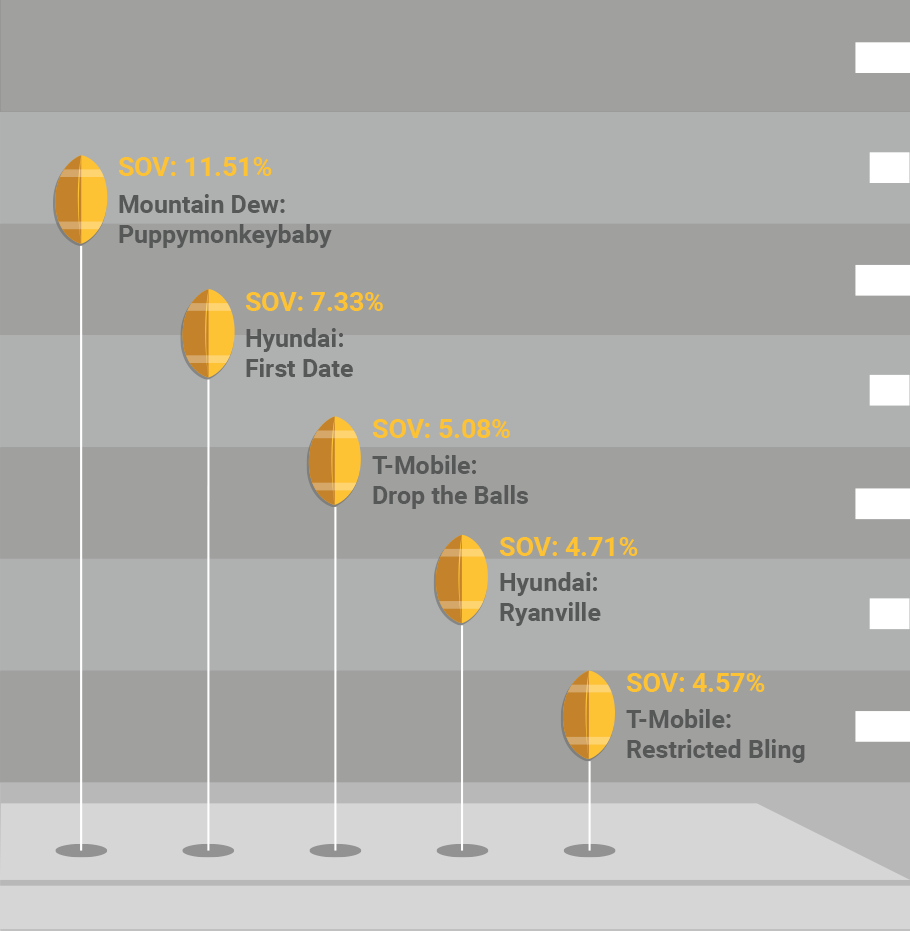 How They Did It: The Winning Super Bowl Strategies

To get the digital conversation started early, all three pre-released teasers of their ads in the weeks leading up to the big game as well as some of their full Super Bowl commercials too. While many brands did this, only a few were able to snag top spots in the pre-game rankings and become top of mind on game day the way Hyundai, T-Mobile and Mountain Dew did.

Mountain Dew’s “Puppymonkeybaby” stood in tenth place going into the game and actually had less views than Hyundai’s “First Date,” but perhaps due to the unique nature of its content, the spot generated a lot of digital buzz during the game. The unforgettable commercial came out with a total of 335k social actions, the highest of any Super Bowl ad. In Mountain Dew’s case, weirdness won.

The other successful approach, employed by both Hyundai and T-Mobile, was to use some serious celebrity star-power to help garner attention for their ads. Hyundai with Kevin Hart and Ryan Reynolds and T-Mobile with Drake and Steve Harvey.

While T-Mobile made use of trending topics like Drake’s popular “Hotline Bling” and Steve Harvey’s Miss Universe mistake, Hyundai let its stars simply be themselves. Kevin Hart’s comedic skills shined in “First Date” and the strategy for “Ryanville” seemed to be simply: “Give the people what they want, more of Ryan’s good looks!”

In the end, both strategies delivered: Hyundai scored with organic views – its spots coming in with over 2 million organic views, while T-Mobile’s spots spurred lots of digital chatter – each earning over 100k social actions.