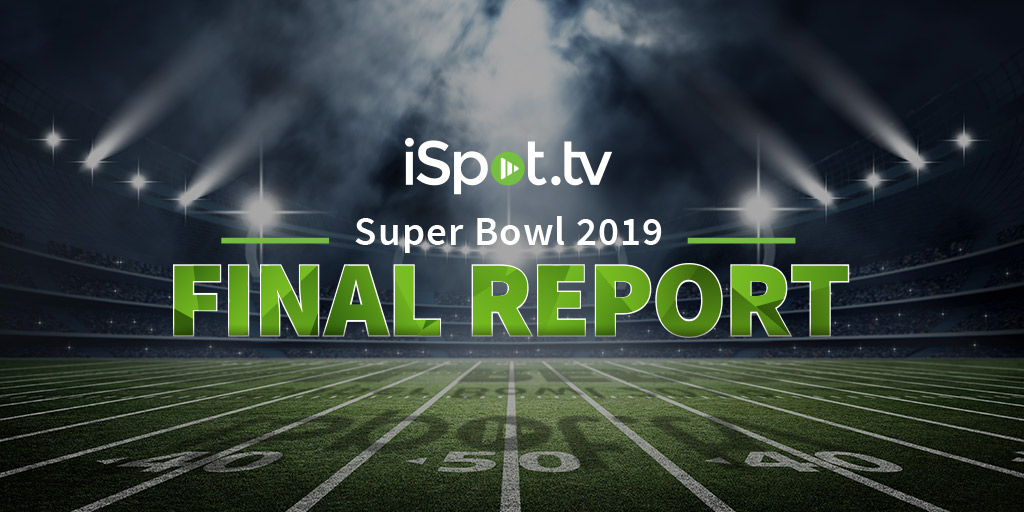 Super Bowl LIII generated an estimated $394 million in revenue for CBS and revealed several new trends in advertising. By the numbers, there were 54 advertisers that ran 93 ads from 6:30 PM EST until the end of the game, with 50.75 minutes of advertising.

On Super Bowl Sunday, there were 73 million online ad views and 1.5 million social interactions, resulting in 3.4 billion estimated social reach. When the attribution window is extended to include the pre-game teaser ads, and end at noon EST on Monday, February 4, 2019, Super Bowl LIII generated 356.2 million online ad views and an estimated 7.8 billion in social reach.

For advertisers, the clear winners were cause-related and heartstring-tugging ads. Although only 12 of the 93 spots (13%) were cause or social-impact related, combined the ads captured over 42% of Digital Share of Voice (DSOV). Advertisers such as Verizon, Xbox, The Washington Post, and Budweiser gained significant attribution and social interaction with their advertisements.

Other Themes and Trends

Co-branding was another theme both on and off TV. Anheuser-Busch and WarnerMedia teamed up co-branding Bud Light and the final season of The Game of Thrones. FCA sat on the sidelines for Super Bowl LIII, but co-branded online with Super Bowl advertisers Avocados from Mexico, M&Ms, Pringles, Persil, DEVOUR foods, and Amazon to promote the Ram Heavy Duty pickup with the tagline, “RAM will tow that.”

The Super Bowl remains a powerful tentpole event for advertisers. Integrated marketing that combines TV with digital assets is more important than ever, with many of the top performing ads containing clear calls to action to websites or social. To successfully combine these efforts, brands need a way to measure TV in a digital-like way to understand the causal impact of TV. For more insights and analysis, download the iSpot Super Bowl LIII Final Report. You’ll get an in-depth analysis of the trends, critical numbers, and advertising winners from the big game. You can also visit the iSpot Super Bowl 2019 Ad Center to see all of the ads from game day and review the Top 10 Super Bowl ads by Digital Share of Voice on AdAge.