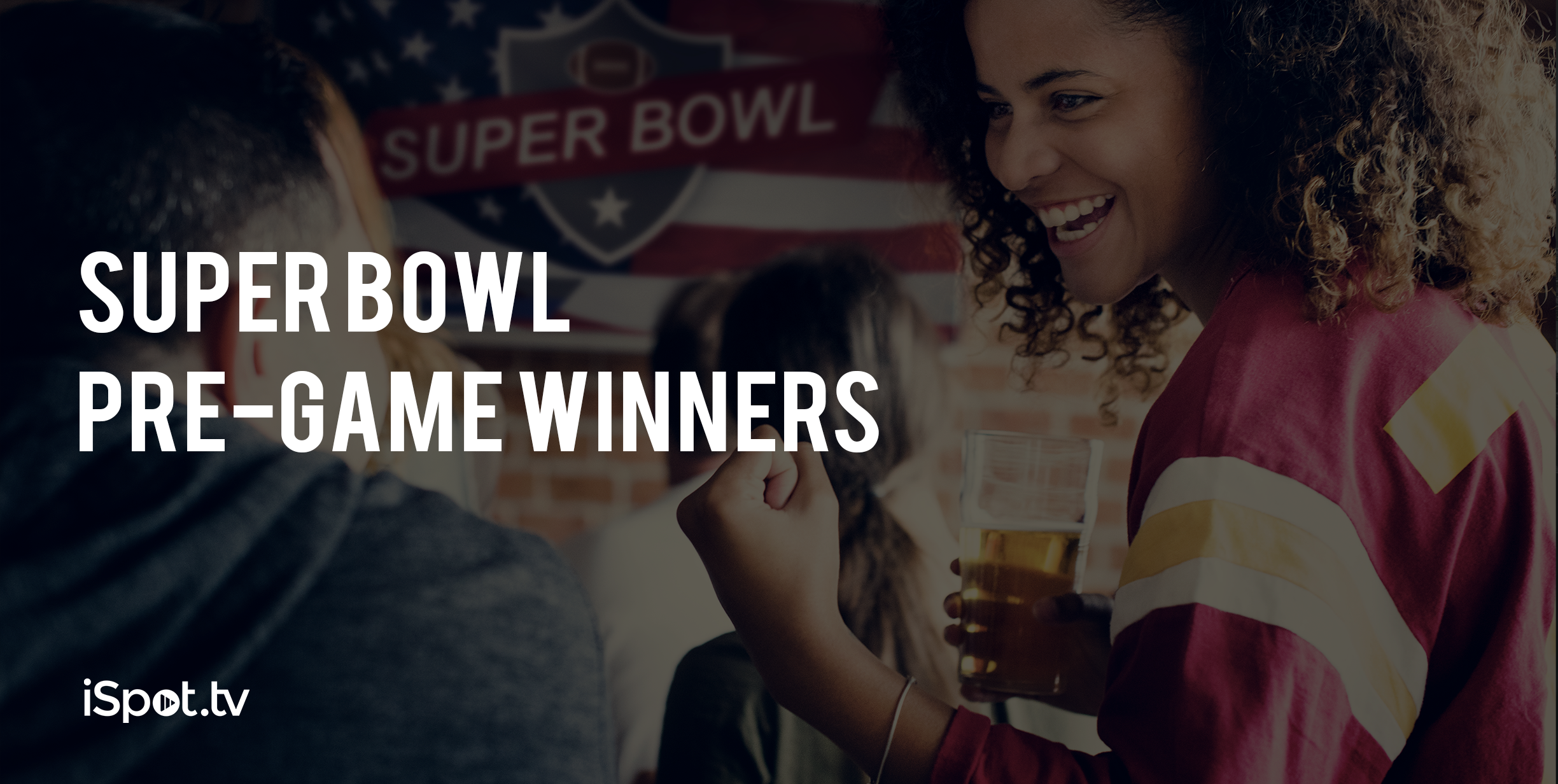 Which Brands Won the Game Before the Big Game?

Brands new and old have been plenty busy in the lead-up to Super Bowl LIV, as ads this year have already generated:

Notably, fewer brands and ads were live prior to the game this year compared to last year, though 2020’s spots still received more TV impressions (and against less spend). The three consecutive years of declining ads before Sunday could be indicative of a change in approach from brands: trying to get back to the in-game surprises that once created water cooler conversation come Monday morning. However, the spike in online views could also just show an altered strategy emphasizing digital distribution in advance of the game instead.

You can check out a breakdown of pre-game advertising (TV and digital) dating back to 2015 (Super Bowl XLIX) below. And if you’re interested in more NFL advertiser data, check out our reports around regular season ad performance and business outcomes.

*Attention is a scoring for second-by-second interruption rates

**Screen level measurement not available in 2015

So who won the “game before the game” when it comes to Super Bowl advertising? Amazon Echo certainly commanded a good deal of the online conversation (15.7% of digital share of voice), in part fueled by the star power of Ellen DeGeneres and Portia de Rossi, who appear together in one of the spots airing during the game. Porsche, returning to the Super Bowl for the first time since 1997, grabbed its own share of the buzz with a heist-themed teaser that conjures up images of the Fast & the Furious franchise.


Pringles’s decision to partner with Rick and Morty appears to have worked, as the show’s dedicated fans have provided significant hype around the spot leaning on its main characters and interdimensional travel. Hyundai goes for a more traditional bit of star power — utilizing actors Rachel Dratch, Chris Evans and John Krasinski for a Boston-themed ad around its new Smart Park — err, “Smaht Pahk” feature.

Below is a breakdown of the top 10 brands by digital SOV, as well as a separate top 10 for online views as well. Another chart also showcases the top five ads by digital SOV, including spots from Amazon Echo, Hyundai, Porsche, Secret and Pringles (all highlighted above as well).

**Facebook views aren’t reflected here, nor do the factor into organic rankings because there is no way to distinguish between paid and earned. FB views are however counted in the total online views calculations above and total 69.8 million as of midnight PST Feb 2, 2020

iSpot tracks trillions of ad impressions against millions of sales activities from hundreds of brands every year and developed benchmarks for brands. A study pm The average total incremental lift brands received from advertising against an NFL game found: