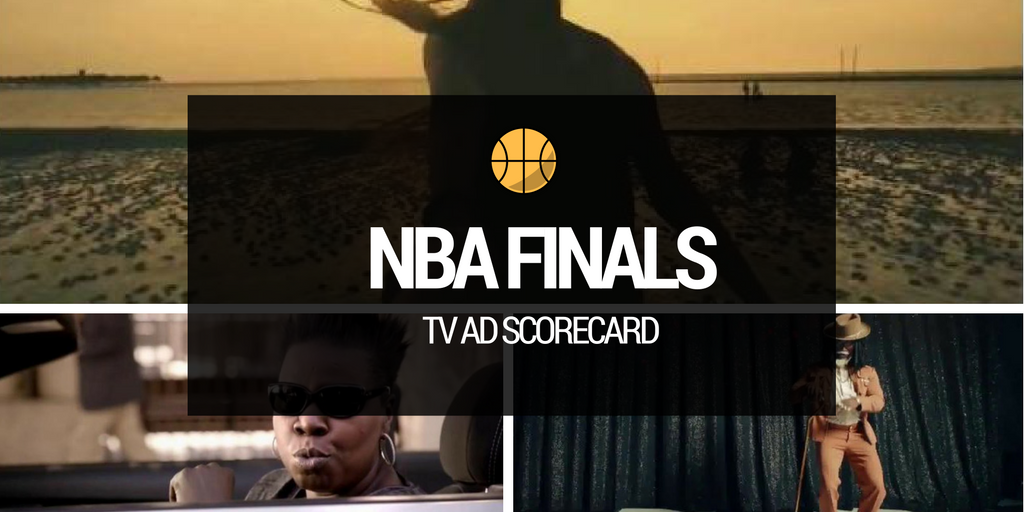 The 2016 NBA Finals saw more than just the Cleveland Cavaliers and the Golden State Warriors battling it out. During the games, 171 brands ran 292 spots 1,243 times across two networks, for a total estimated media value of $281.4 million.

These airings generated over 4.2 billion impressions on TV, with 98.4% coming in live linear or on the same day. On average, these ads had a view rate of 87.48%, meaning that they were watched, on average, over 87% of the way through.

The Brand Winners of the NBA Finals

Samsung led the way on spending, accounting for 5.12% of the overall estimated media value, followed by Toyota (4.58%) and Universal Pictures (3.62%).

When it comes to stirring buzz on Facebook, Twitter, YouTube and across the major search engines, Apple’s “Shot By” campaign generated 15% of digital actions, while Verizon’s ad featuring Jamie Foxx a.k.a. Past (Future’s Father) an aging funkster in game 7 was the most buzzed about creative of the series, earning 11.68% of digital engagement compared across all ads*. In a clear call out against Sprint’s defected “Paul”— Foxx says “it ain’t about can you hear me now, it’s can you see me now.” Allstate had a strong showing for Leslie Jones’ “Pure Power” which came in at a close second (11.17%).

*Digital Engagement refers to the amount of digital actions (social posts, online views, searches across FB, Twitter, YouTube and all major search engines) generated in response to TV ads. This is measured as DSOV or Digital Share of Voice, which is the percentage of earned digital activity generated by the brand, compared to all other brands within this criteria.