Most Empowering Super Bowl Ads Since 2014 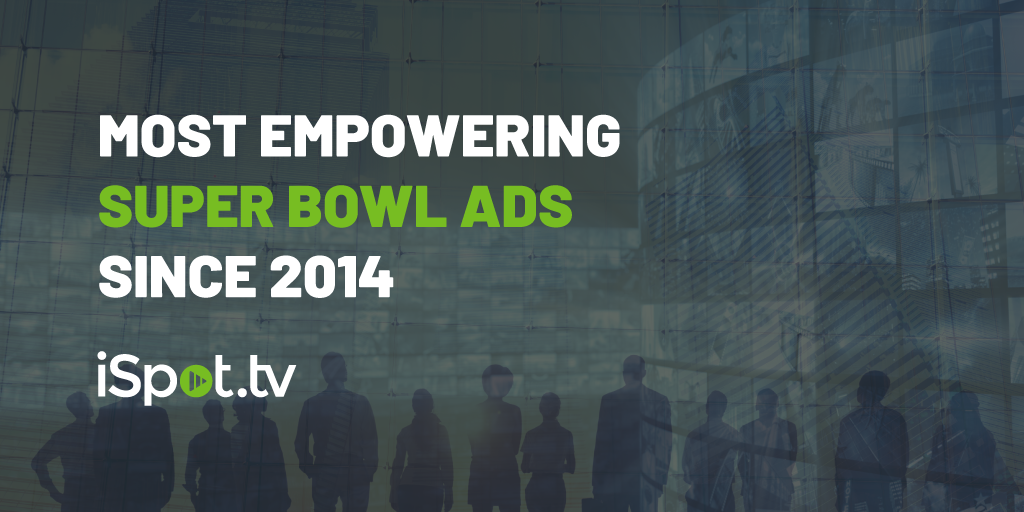 Brands can take a variety of approaches to the Super Bowl with the goal of producing memorable creative. In recent years, “empowering” ads have been on the rise during the big game — a trend that is likely to continue in 2021 given how the tone of spots shifted throughout last year. These ads typically focus on brand building through purpose-driven messages that resonate with consumers’ shared values.

Using data from Ace Metrix Creative Assessment (now a product of iSpot), we found that audiences perceived just 2% of Super Bowl spots to be “empowering” back in 2010, yet that number has climbed in the time since. The last three Super Bowls have seen between 24 and 25% of ads scoring on Empower. But which ads were the most empowering?

Interestingly, it was automotive ads that made up many of the most empowering spots. Some examples:

This 2014 Super Bowl ad was less product-focused and more about cancer awareness and Chevy’s philanthropic work with Purple Roads and the American Cancer Society. Audiences found this ad to be heartfelt and inspiring, and noted its corporate responsibility message.

Though Toyota ultimately wants viewers to express interest in a Camry, this spot’s message was more about choices — in this case, the active choices a man makes to become a dedicated father to his daughter who’s now in the military. The ad was seen as heartfelt and inspiring, while audiences appreciated the narrative nature of the commercial.

Audi’s 2017 Super Bowl spot speaks up about the gender wage gap by framing the conversation as one between a father and daughter. The message’s emphasis on equality stood out as the Single Best Thing about the ad according to 33% of viewers It also did not diminish Brand Recognition as 87% recognized Audi.

Hyundai’s “Hope Detector” spot surprises Hyundai owners with the fact that its sales go toward childhood cancer research and the appearance of survivors of childhood cancers. Audiences not only saw this as heartfelt, but 51% thought the Single Best Thing about the ad was its message.

Additional examples of some of the most “empowering” spots came from other industries like tech, wireless, and even beer.

Some of this year’s decisions already appear to be in line with the direction of the ads above. Long-time Super Bowl advertiser, Budweiser, announced that it will donate the money the brand would’ve spent on a spot to COVID-19 vaccination efforts (though parent company ABInBev is still airing ads for other products).

Michelob Ultra, Chipotle, and DoorDash are among several brands that have appeared to forgo typical brand messaging in favor of either a focus on positivity or corporate philanthropy. While we won’t make predictions on how audiences ultimately view these ads in advance, the script does appear to be out there for brands to empower with ad creative this year.

Want to learn more about the creative approaches that are breaking through with viewers in an attention-grabbing and likable manner? Check out this year’s Super Bowl Ad Center featuring brand impact and performance analytics for every Super Bowl-related ad.