The Academy of Country Music Awards: By the Numbers

On Sunday April 19, CBS aired the Academy of Country Music Awards. The three and half-hour co-hosted extravaganza not only featured eleven awards and nineteen performances, but it also aired fifty-two minutes of commercials, including twenty-one promos from host network CBS. iSpot.tv takes a look at the numbers. 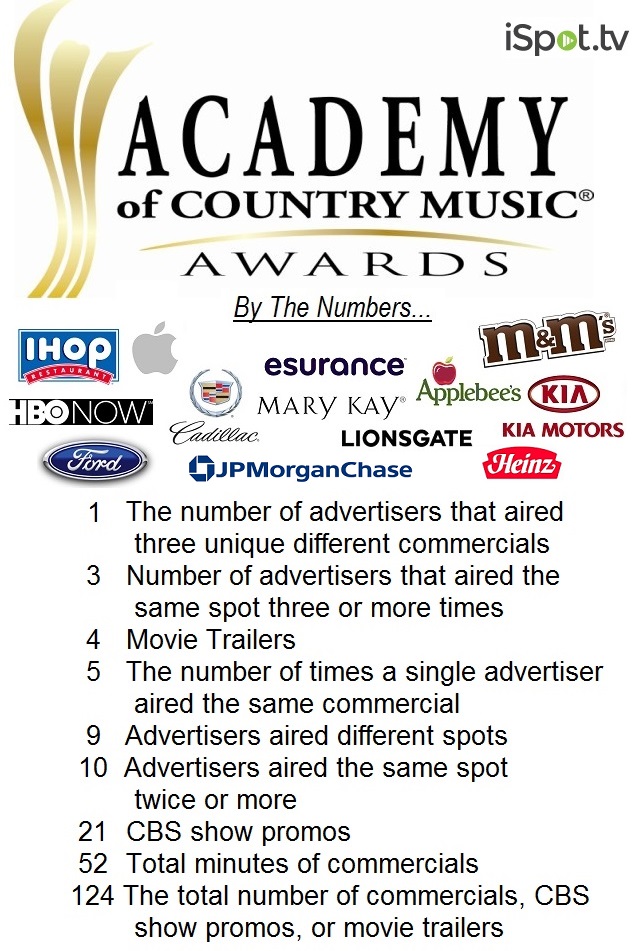 #3 – Mary Kay: Discover What you Love

#5 – Marvel: The Avengers: Age of Ultron

With six automakers advertising during the event, Ram Trucks stole the show by advertising three different spots, while airing one of them five times with a slight variation on each.

Worth noting: zero was the number of beer or alcohol ads.

Find out more about brand performance and advertising during The Academy of Country Music Awards at www.iSpot.tv