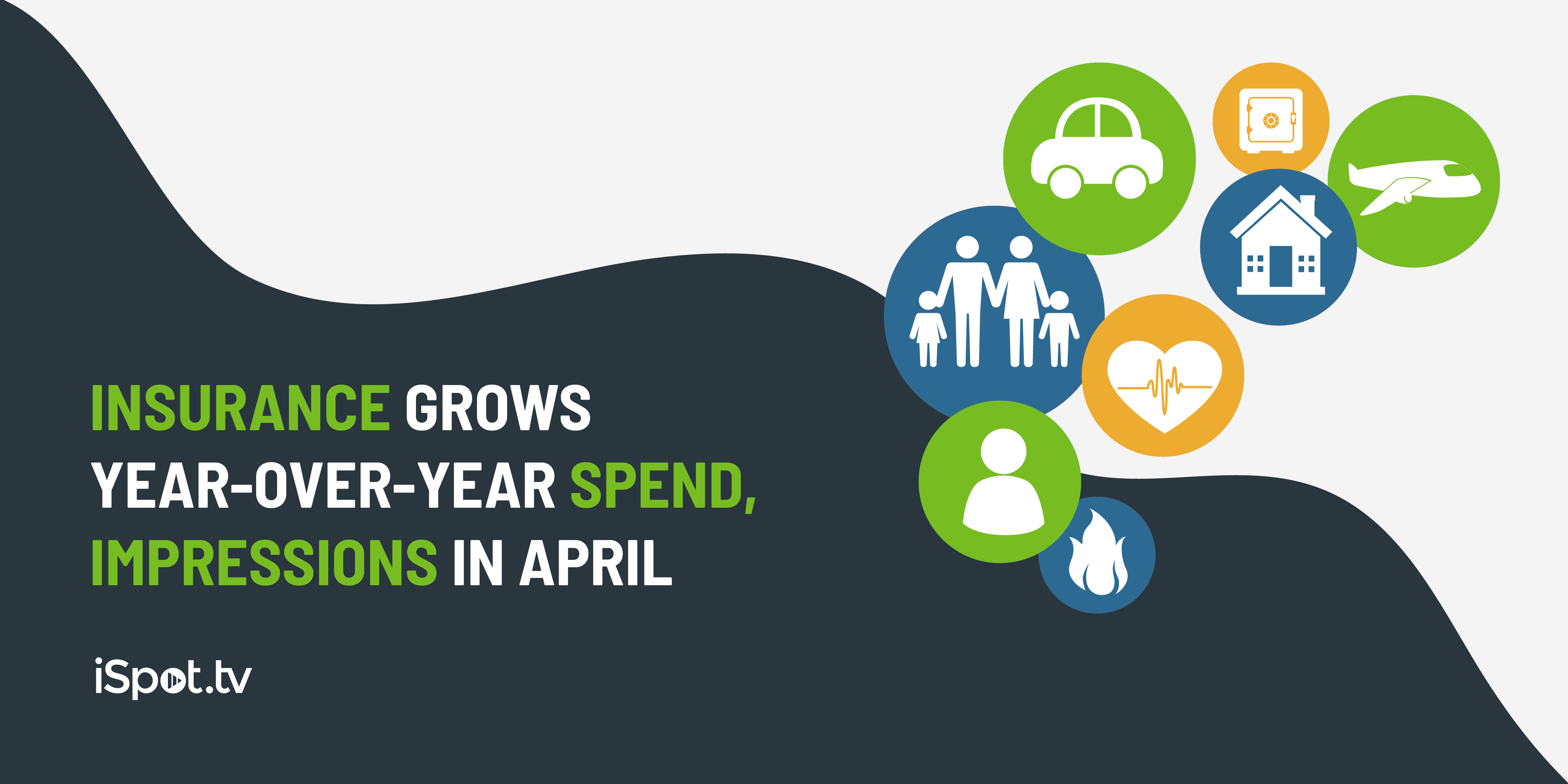 Though ad spend is down for many brands in April 2020, auto and general insurance brands did not see the same decline. Looking at year-over-year data from April, the industry saw a 0.9% increase in spend (from $328.6 million to $331.4 million) but a 49.1% increase in impressions compared to 2019.

Insurance brands increased year-over-year spend on reality TV shows, movies, action & drama shows, sitcoms and evening news (among other show genres) to make up for a lack of live sports programming in April 2020. There was also a greater focus on Day Time advertising during the week, as well as Over Night. Day Time impressions, in particular, grew from 12.6% in April 2019 to 15.7% in April 2020.

The NFL Draft was far and away the No. 1 show for insurance brand spend, with nearly $14 million across four networks. Other top shows included “The Big Bang Theory” ($5.1 million), “The Tonight Show Starring Jimmy Fallon” ($4.8 million), “Ridiculousness” ($4.0 million) and “The Late Show with Stephen Colbert” ($3.4 million).

Many insurance brands were also among the top ad spenders on TV in April 2020 — including five of the top eight by spend. In April 2019, insurance brands made up just three of the top 10. The chart below shows the top five insurance (still auto & general) by est. TV spend, according to iSpot. Those brands — Progressive, GEICO, State Farm, Liberty Mutual and Allstate — made up 75.7% of the industry’s TV ad spend overall.

Insurance creatives haven’t necessarily adjusted a lot since the start of April, only premiering a handful of new spots in the time period. Numerous ads running are carryovers from March and late 2019. State Farm was the main brand to focus on COVID-related messaging, with “Good Neighbor Relief” and “New Normal,” though several other insurance brands did air COVID-related ads as well.