What “Tricks” Make Candy TV Ads a Treat for Halloween? 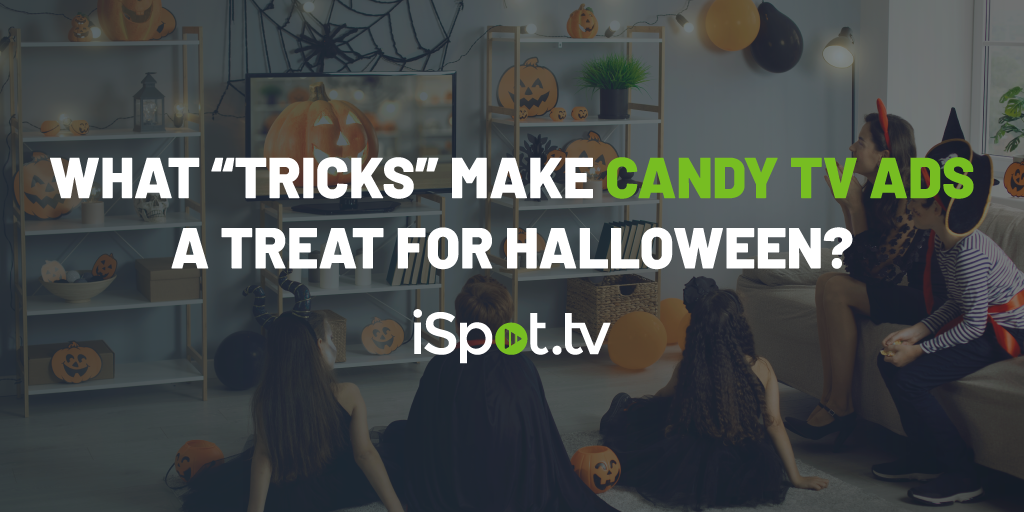 Halloween is one of the busiest times of the year for candy and gum brands, and as a result, they’re typically blitzing TV in advance of the holiday on October 31. The same is true again this year, as candy (and gum) companies increase ad spend to cash in on the holiday — though you’re also seeing these brands pull back on TV ads in 2021 compared to previous years.

Through October 25 of this year, candy and gum brands spent an estimated $43.5 million on national TV ads, delivering over 8.76 billion TV ad impressions in the process. While that’s the most candy and gum have spent on TV in a single month since June 2021, it could fall short of spend totals from the last two Octobers.

In October 2020, candy and gum brands spent nearly $57.3 million on TV ads. During October 2019, candy and gum brands spent $63.4 million. Though there are still COVID-related challenges around trick-or-treating this year, there appears to be a pattern emerging as these brands adjust spend to put greater emphasis on summer, plus other candy-centric months like February (Valentine’s Day) and December (holiday season).

Some brands remain stalwarts for Halloween, though, and this October has been dominated by five brands in particular. KitKat, Reese’s, Hershey’s, Almond Joy and M&M’s accounted for nearly 66% of all candy and gum TV ad impressions on TV. Meanwhile, Reese’s, KitKat, Snickers, M&M’s and Hershey’s accounted for almost 62% of national TV ad spend in the industry.

Though The Price is Right delivered the highest percentage of impressions (2.01%) for the month, candy and gum brands spent the most on NFL games (16.6%).

The ads themselves, however, reveal some interesting thinking. Since Halloween spots really only air for a month or two per year, many brands reuse the same creative for several years in a row. Of the 10 most-seen candy and gum ads in October this year, half were from 2020 or earlier. Tootsie Pops’ “How Many Licks?” TV ad originated in 1970 and has the eighth-most impressions of any spot this year.

Removing the mystery around Halloween candy ads, we uncovered some additional, snackable insights around the top creatives this October. Instead of leaning into the scarier, spine-chilling side of the holiday, candy brands keep the feelings lighthearted and whimsical in pre-Halloween TV creatives. Viewers found 9 of the 10 most-seen spots from candy brands in October “funny.” Butterfinger’s “The Poster” was seen as the funniest of the bunch, followed by “Everyone’s Crunching: Resting Fun Face” from Crunch and “Halloween: Ghosted” from M&M’s.

While humor was a common approach among the most-seen, some of the most effective creatives in terms of persuasion benefitted from brand loyalty and/or product-centric visuals. Reese’s and M&M’s Halloween-themed creatives sparked strong “Love It” reactions from viewers who expressed adoration towards the products/brands — and in the case of M&M’s, its infamous Spokescandies.

The most effective of the bunch was Lindt’s “Put the World on Pause,” which featured mouth-watering visuals of a chocolatier preparing Lindt Truffles. This creative drove the strongest top-2 box purchase intent of all the most-seen spots, with 70% of viewers reporting an increased desire to purchase.

Hershey’s took a unique creative approach compared to the other most-seen spots. The only one among the top 10 that did not connect using humor, “Brothers” instead evoked “heartfelt” emotions among viewers through storytelling. The narrative took center stage as the Hershey’s brand and product were only visible in 3 of the 15 seconds. The subtle brand cues resulted in around norm Brand Recognition.

Get in Touch
This site uses cookies to provide you with a great user experience. By using iSpot.tv, you accept our use of cookies. ACCEPT ×