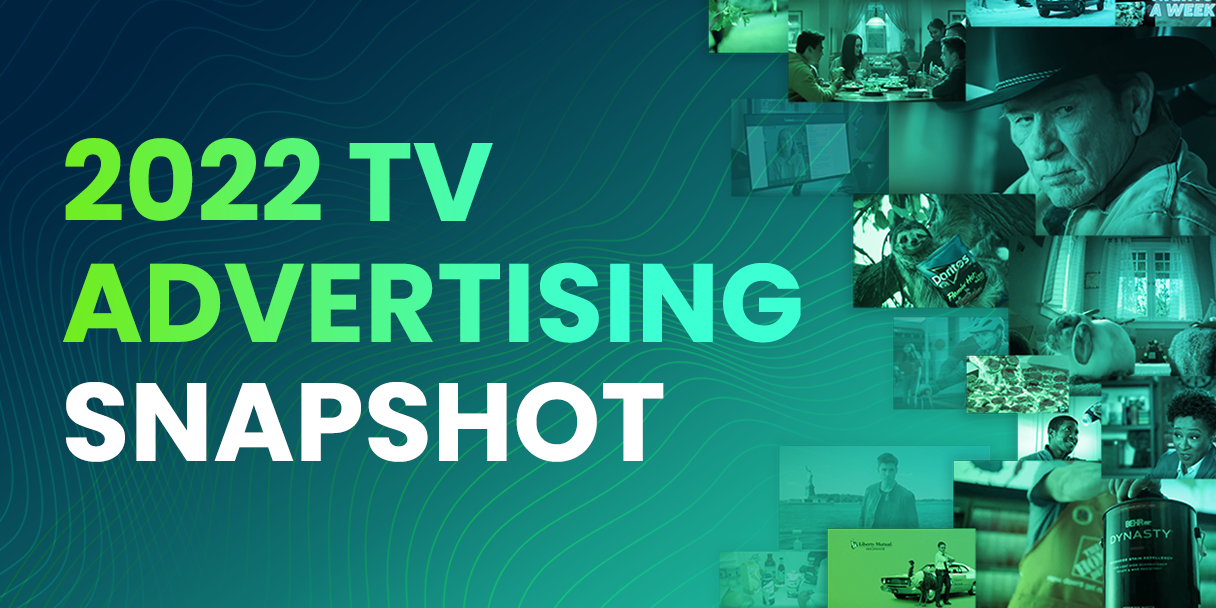 The last few years have been a truly transformative time for TV, and further widespread changes have continued in 2022. Our latest report showcases TV’s  biggest takeaways, top brands, and program highlights from the first half of the year, along with second-half trends advertisers should watch out for. It also provides deeper dives into the media and creative performance among top industries, including Automakers, Insurance, QSR, CPG and Retail.

Download our 2022 TV Advertising Snapshot report today to learn the TV trends and top performers shaping the second half of the year. Read on for a quick preview of what’s inside.

In the first half of 2022, live sports delivered about 25.5% of all TV ad impressions during new-airing programming. That’s up from 22.4% in H1 2021 thanks in part to the Winter Olympics and an exciting Super Bowl that kept audiences engaged late into the fourth quarter.

After returning to the normal 82 game schedule, the NBA had a higher share of first-half TV ad impressions YoY, rising to 3.74% from 3.12% in 2021. Meanwhile, Men’s College Basketball delivered 16.28% of all TV ad impressions during March Madness – over 9x more than the next-best program during that timeframe.

The two most Likeable Automaker TV ads of the first half of the year both had starring roles for pets. iSpot Creative Assessment survey respondents found the ads to have strong and engaging Narratives while of course enjoying Cute visuals of the animals – albeit one was robotic.

Chevrolet’s “Walter in Winter” achieved a Likeability score in the 99th percentile among survey respondents, while featuring a cat acting like a dog in and outside the house.

Meanwhile, Kia’s “Robo Dog” revolved around a robotic pup who chases after his dream owner. The ad also received a strong Likeability score, ranking in the 98th percentile among all Automaker TV ads in the first half of 2021.

Whether you’re a veteran or looking to dive into the industry for the first time, we hope this 2022 trend report is your go-to resource for TV ad decision-making in the second half of the year.