Which Brands Were Award-Worthy During the 92nd Oscars? 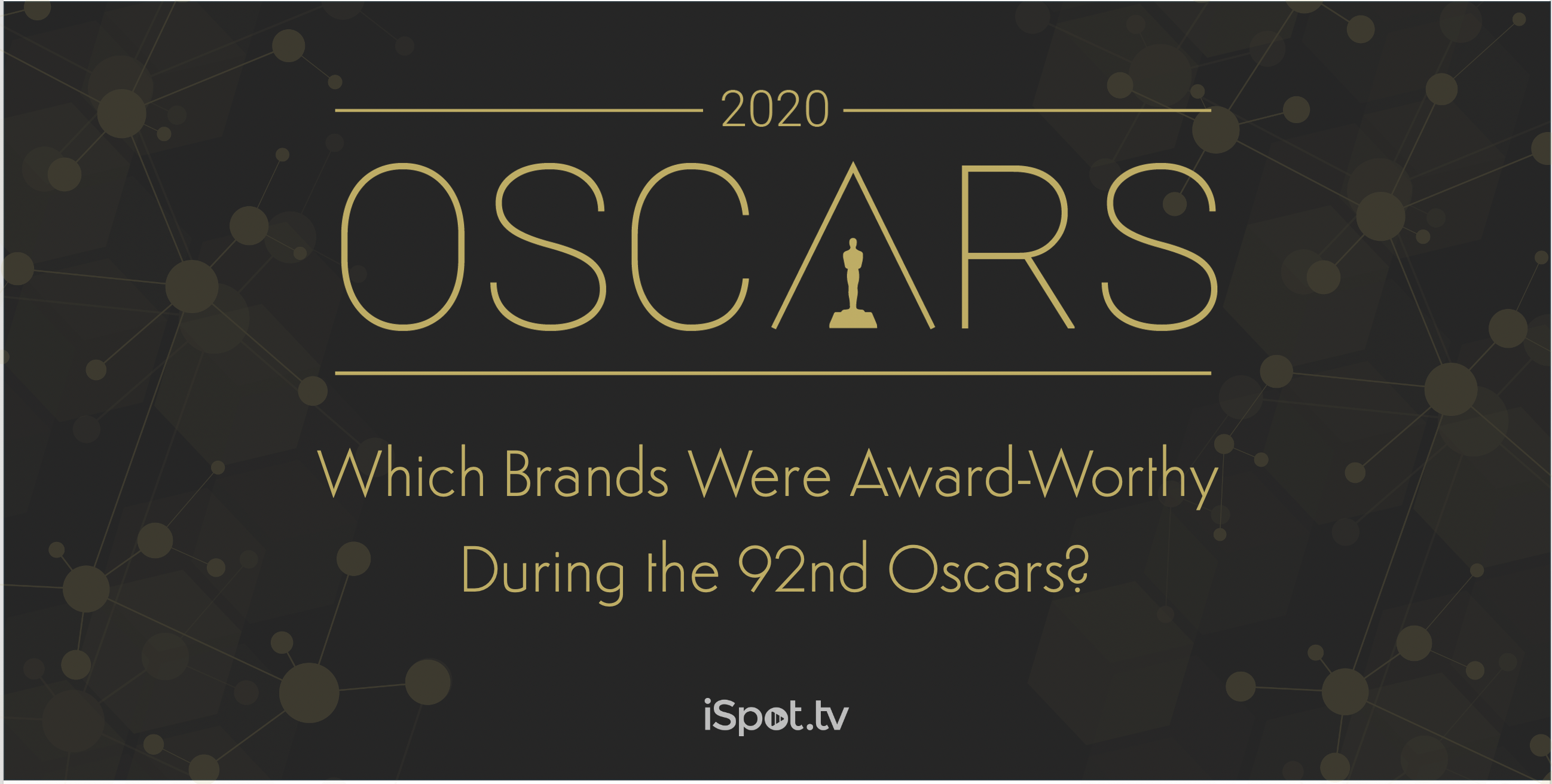 The 92nd Academy Awards was a night full of surprises on ABC, capped off by Parasite’s stunning best picture win to complete the show. Highlights weren’t limited to the stage, however. Brands were also happy to cash in on a captive audience for the event, which ran for over three hours on ABC.

“Proud sponsors” largely saw the most air time during the event, to little surprise. Cadillac was on screens for four full minutes, while Verizon appeared for three and Rolex had two and a half minutes of commercial time. M&M’s and Quibi were the only other brand advertisers to appear for more than a minute during the Oscars.

According to iSpot’s Attention index*, it was Norwegian Cruise Line with the brand spot least likely to be interrupted during the Oscars — at 60% compared to the other ads during the event. The New York Times (58% fewer interruptions), Apple iPhone (56%), Quibi (55%) and M&M’s (53%) also aired spots with high Attention Index scores.

M&M’s also found success with ads that were contextually relevant to some of the big moments of the broadcast. The animated spots tied into “messages” packaging, and use the candy characters in a similar fashion to some Twitter ads — acting like they were responding directly to certain musical numbers or awards being handed out.

The top 5 brand spots on the night, by attention index:


2. The New York Times – “The Truth Can Change How We See the World” (58% fewer interruptions)


*iSpot Attention Index – Represents the Attention of a specific creative or program placement vs the average in its respective industry. The average is represented by a score of 100, and the total index range is from 0 through 200. For example, an attention index of 125 means that there are 25% fewer interrupted ad plays compared to the average.