Which Brands Scored Attention During the NFL Playoffs? 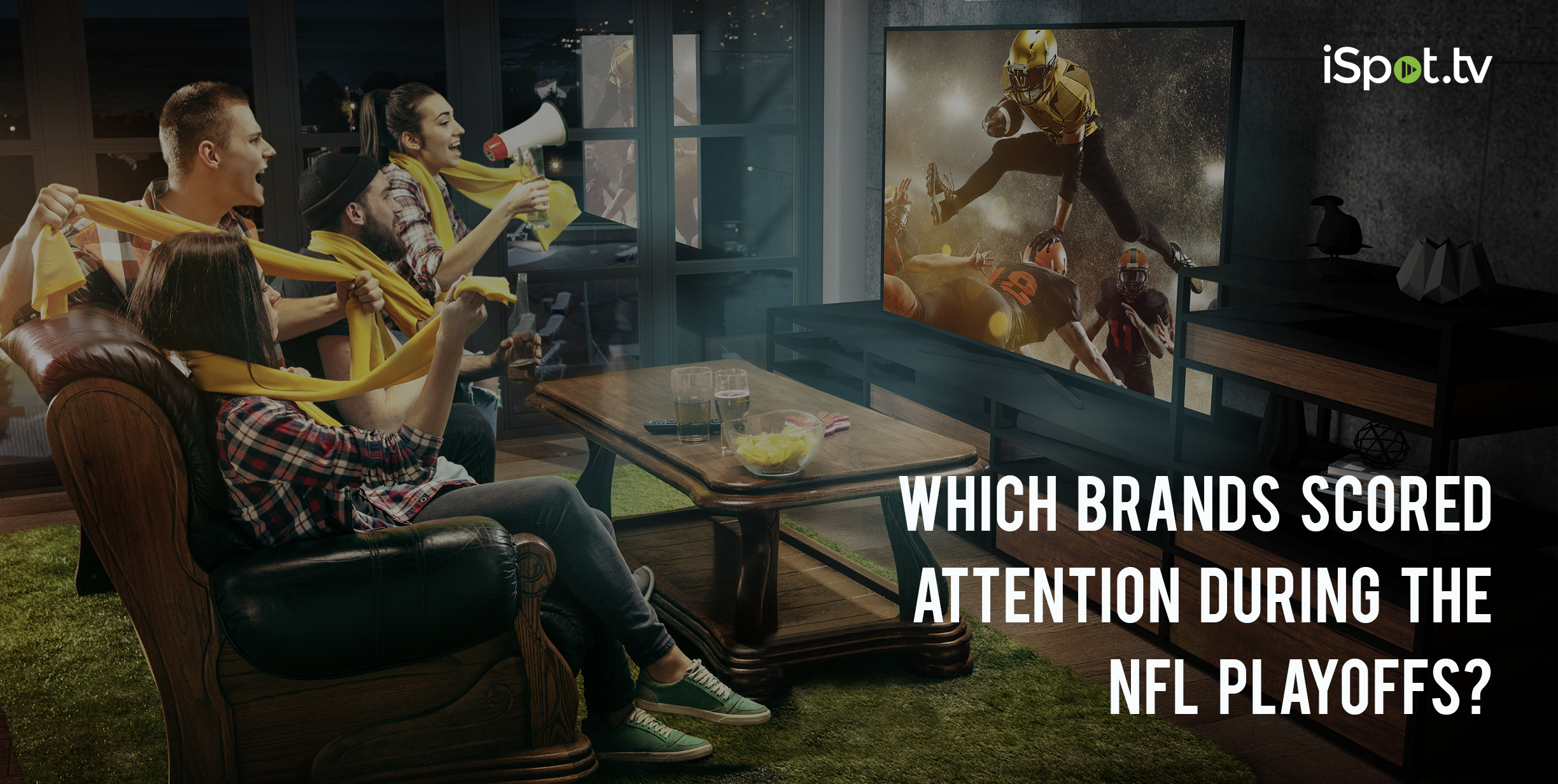 *All data from first airing only

Super Bowl LIV is less than a week away, and we’re examining the biggest TV advertising trends around this year’s NFL Playoffs, to understand how those could extend to expectations around the Super Bowl. With the game’s typically enormous audience, it’s a given that spend and impressions for all brands will be high. Thus, measuring viewer attention to ad airings becomes crucial to understanding which spots audiences are actively tuning in for.

Our attention analytics measure both the propensity for viewers to interrupt ad play during a commercial vs. the average (the iSpot Attention Index*), as well as the average percentage of an ad that is played across TV devices (the iSpot Attention Score**). While the overall attention score across NFL Playoff games so far is very high (98.05), some brands and spots still stood out above the rest.

As indicated above, beer held attention just fine, with both Coors Light and Michelob among the top five brands in terms of attention index. Given beer brands’ big investment in football advertising, it’s good news for the companies that their ads are actually being watched. Similarly, KFC was one of several quick-serve restaurant brands to earn high attention marks, further justify that industry’s overall spend on football programming.

However, there are additional opportunities outside of the obvious industries as well. Experian, which topped the list by Attention Index, is a credit reporting company. Royal Carribean Cruises also landed in the top five while trying to get out ahead of 2020 vacation planning.


Similar to the brand insights above, examining individual spots puts an emphasis on pizza and quick serve as high performers, along with movie trailers. Viewers are tuning into ads about their financial well-being, though, given the performances by spots from QuickBooks and Fidelity, respectively. AWS also finds itself on the list, aided by the fact that the spot was at least partially football related, featuring Cleveland Browns QB Baker Mayfield.

What does this mean for the Super Bowl? One can expect a consistent dose of what’s working above: quick serve, beer and movie trailers to start. Thus far, Little Caesars (quick serve/pizza) and Budweiser (beer) have already started hinting at their hand for the big game. Others are likely to follow suit soon. You can check out the Super Bowl VIP Ad Center for the latest ads and teasers before the game.

*iSpot Attention Index – Represents the Attention of a specific creative or program placement vs the average in its respective industry. The average is represented by a score of 100, and the total index range is from 0 through 200. For example, an attention index of 125 means that there are 25% fewer interrupted ad plays compared to the average.