In the last 12 months, Bravo,Oxygen and Esquire have run more than 773k commercials. Bravo has been responsible for the largest share (290k) of those, and has the broadest brand mix (1,344 brands). Movie Studios, Auto Makers, and Insurance companies are the leading sources of revenue for these networks. Meanwhile, Real Housewives accounts for nearly 44 percent of the digital activity surrounding TV ads on Bravo this year. And Kellogg’s, of all brands, appears to generate the highest response for the dollar.

Bravo’s ad mix is led by the movie studios. Four of the top five brands spending the most on ads across Bravo’s
networks are movie studios, and the industry is responsible for nearly 10 percent of
Bravo’s overall ad dollars. Automakers are a distant second at 6 percent. But although
movie studios dominate the spending, their ads are outperformed by the
automakers, who take the crown with the best digital response to their ads,
with a 18.9 percent digital SOV to the movie studio’s 11.2 percent. 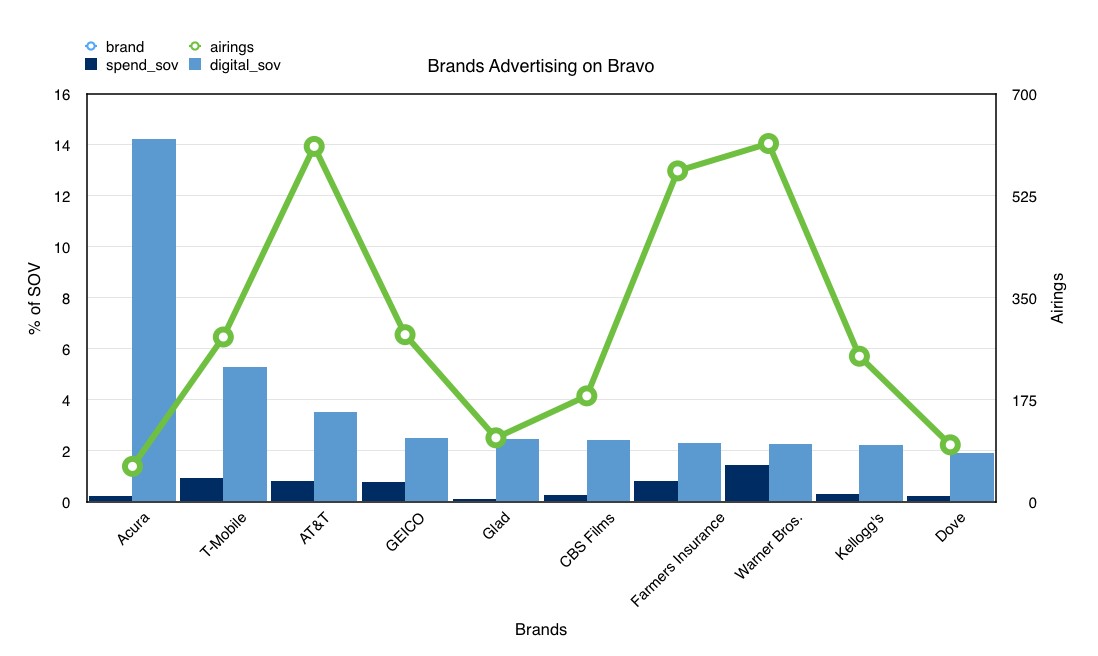 *TV Network
promotions account for 11.87 percent of in network and out of network spend values 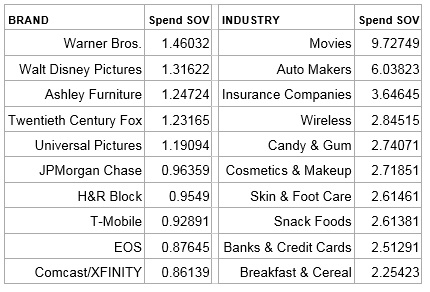 This year
alone BRAVO has aired commercials for 751 brands with 61,999 commercials.

·  The Movie ‘Ghostbusters’, which had only 411 Airings, indexes at
the top of the list.

of in network and out of network spend values 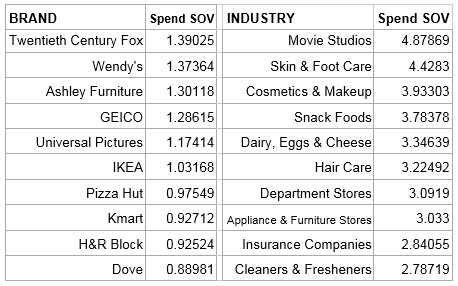