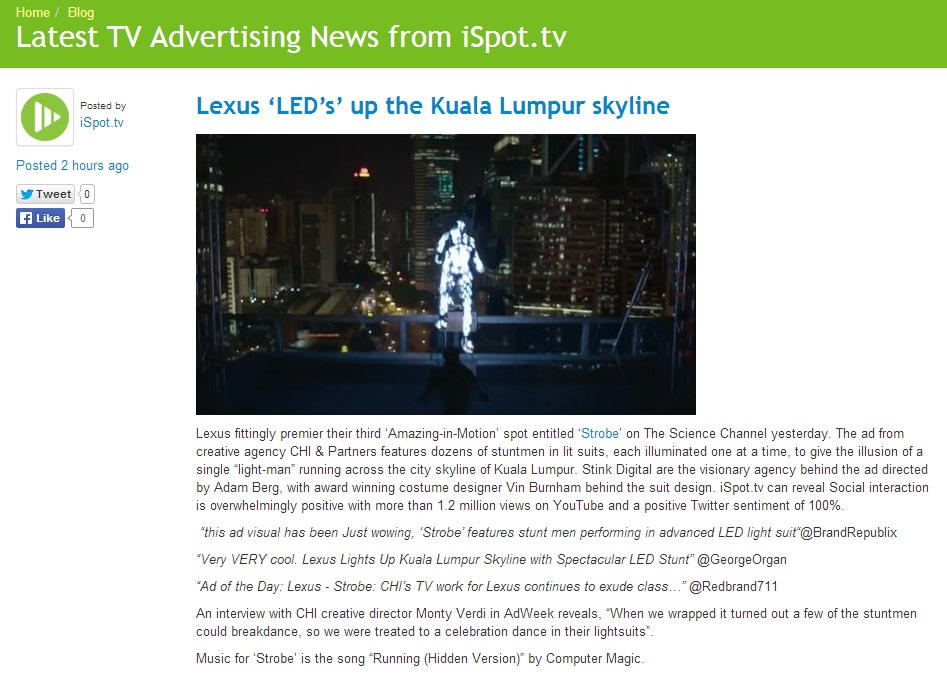 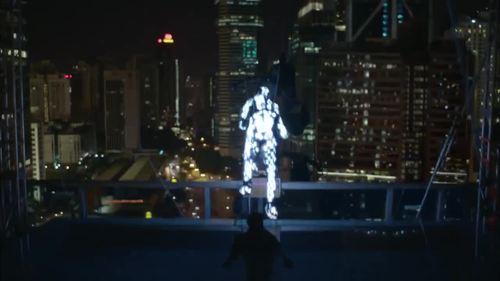 Lexus fittingly premiered their third ‘Amazing-in-Motion’ spot entitled ‘Strobe’ on The Science Channel yesterday. The ad from creative agency CHI & Partners features dozens of stuntmen in lit suits, each illuminated one at a time, to give the illusion of a single “light-man” running across the city skyline of Kuala Lumpur. Stink Digital are the visionary agency behind the ad directed by Adam Berg, with award-winning costume designer Vin Burnham behind the suit design. iSpot.tv can reveal Social interaction is overwhelmingly positive with more than 1.2 million views on YouTube and a positive Twitter sentiment of 100%.

An interview with CHI creative director Monty Verdi in AdWeek reveals, “When we wrapped it turned out a few of the stuntmen could breakdance, so we were treated to a celebration dance in their lightsuits”.

Music for ‘Strobe’ is the song “Running (Hidden Version)” by Computer Magic.