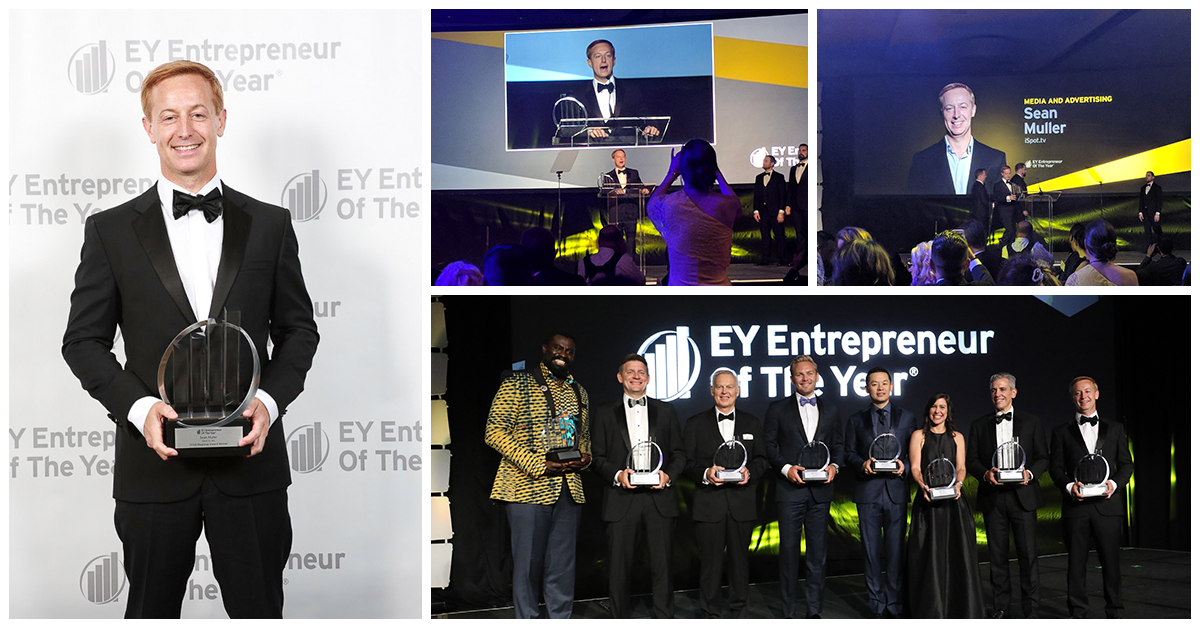 Sean was presented his Entrepreneur Of The Year® award at the Pacific Northwest gala event on June 15, 2018.

EY, the global leader in assurance, tax, transaction and advisory services, has announced our CEO & Founder, Sean Muller, as the recipient of the Entrepreneur Of The Year® 2018 Award in the Media & Advertising category in the Pacific Northwest. This award recognizes entrepreneurs who are excelling in areas such as innovation, financial performance and personal commitment to their businesses and communities.

Since our inception in 2012, Sean has grown the iSpot team to over 143 employees and developed products, like our Attention and Conversion analytics, that allow brand marketing organizations to optimize and measure their TV advertising based on their business outcomes, positioning iSpot as the leader in real-time TV ad data and analytics.

EY honors entrepreneurs whose ingenuity, spirit of innovation and discipline have driven their companies’ success, transformed their industries and made a positive impact on their communities. Now in its 32nd year, the program has honored the inspirational leadership of such entrepreneurs as:

About Entrepreneur Of The Year®

Entrepreneur Of The Year®, founded by EY, is the world’s most prestigious business awards program for entrepreneurs, chosen from an independent panel of judges including entrepreneurs and prominent leaders from business, finance, and the local community. The program makes a difference through the way it encourages entrepreneurial activity among those with potential and recognizes the contribution of people who inspire others with their vision, leadership and achievement. As the first and only truly global awards program of its kind, Entrepreneur Of The Year celebrates those who are building and leading successful, growing and dynamic businesses, recognizing them through regional, national and global awards programs in more than 145 cities in more than 60 countries.