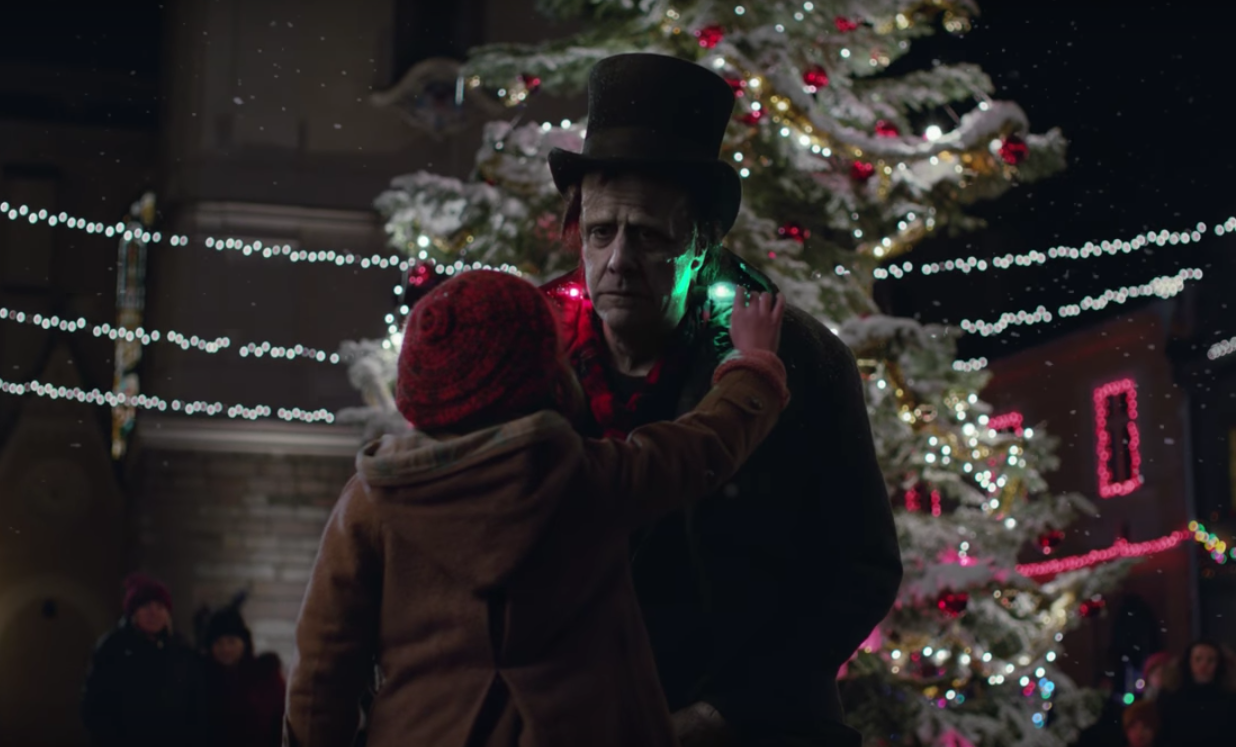 Holiday ads debut as early as September, but it’s the week of Black Friday when things start to heat up. With the ever-increasing prevalence of online sales, creating TV ads that grab viewers’ attention and get them to engage across screens has become more important than ever.

All of these brands were able to dominate the digital space thanks to their commercial airings. Sony snagged the coveted title of most digitally engaging ad with its ‘Smurfs: The Lost Village’ movie trailer. Despite the ad airing for only one day and appearing only on Nickelodeon, it proved that strategic placements matter, with a digital wake that outperformed all other ads with a spend that was $2 million below that of second runner-up, Amazon.

Sony Pictures, who came in first, and Sprite, who came in fifth place, were the real victors of the bargain shopping season, snagging spots in the top five on incredibly small budgets.

Sprite served up holiday magic in their ad, ‘Lil Yachty Is in an Ice Cave Singing a Song About Sprite.’ In it, LeBron James and rapper Lil Yachty combine forces, becoming the fifth most digitally engaging ad of Black Friday week on an estimated spend of only $28K, the most cost-effective commercial to make this year’s list. This bizarrely funny commercial, boosted by star power and strategic placements within the comedy genre – The Wayans Brothers, Tower Heist, The Croods, and Clueless – had an overwhelmingly positive sentiment (96%) and drove over 900K online views.

Apple, coming in third, was by far the biggest spender of all the Black Friday ad winners. In a rather unconventional format, the tech giant introduced an old friend in a lovable new way in ‘Frankie’s Holiday’ with three different creative variations. The shortest variation was a full 60 seconds and the longest, which received the most airings and spend, was two minutes long and aired exclusively during NFL Football.

Amazon and Old Navy, who placed second and fourth, took a different approach, reeling high digital engagement numbers by employing an airings-heavy strategy. With 251 airings of ‘Old Friends’ and 250 airings of ‘Fight Night,’ respectively, these spots on average aired 7 times more than the other spots on this year’s list.

The Top 5 Most Engaging Ads of Black Friday

5. Sprite, ‘Lil Yachty Is in an Ice Cave Singing a Song About Sprite’

*Digital Share of Voice: The percentage of earned digital activity across search, social and online views generated by the spot compared to all other ads.

** Spend Share of Voice: The percentage of estimated spend of a specific ad(s) or brand(s) as compared to all others.