‘WTF’ is With This Year’s Pre-Game Super Bowl Ads? 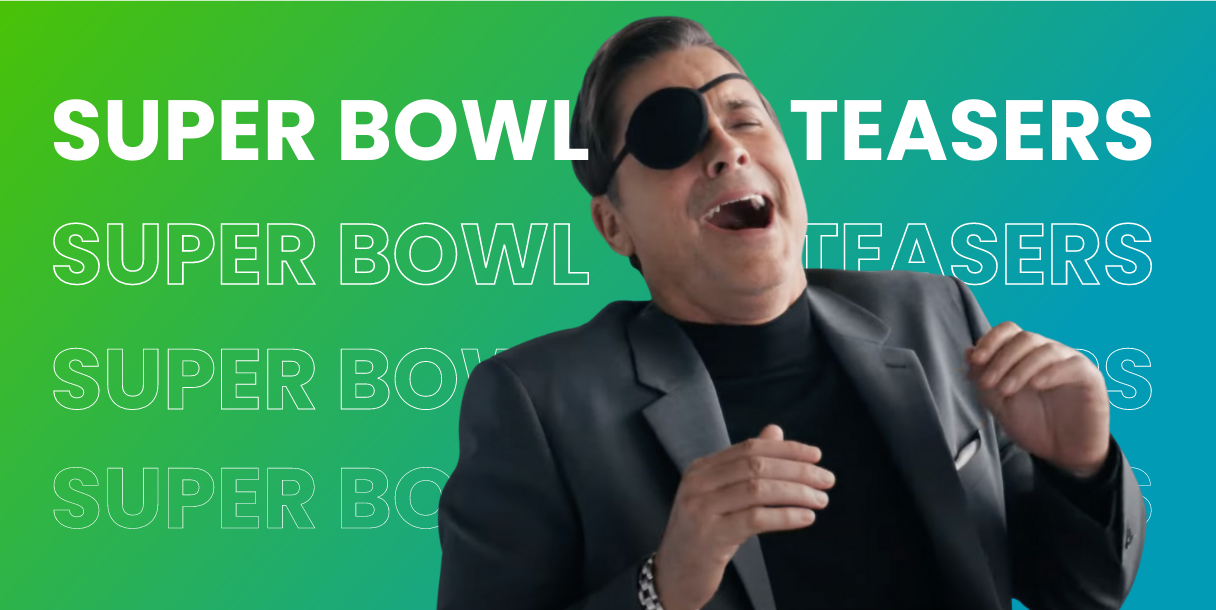 Super Bowl ads have evoked many emotions – joy, sadness, empowerment, etc. – over the years. But sometimes, emotions about a specific ad are better captured by a single phrase: “WTF?”

The declaration doesn’t necessarily connote an ad that scored poorly with audiences. At times, it can mean uncertainty, confusion or just a certain randomness about an ad; which definitely aligns with numerous (some successful) Super Bowl spots. Since iSpot’s Ace Metrix Creative Assessment started measuring emotional impact back in 2014, 29% of all Super Bowl ads have evoked a WTF reaction from viewers to some extent.

Appropriately, WTF is a trending emotion ahead of this year’s Super Bowl LVI, too —with 80% of pre-releases and teasers resonating as such. The unconventional purpose of teasers (an ad for an ad) doesn’t always translate into success on brand building or demand-generating metrics and isn’t always an indicator of in-game performance.

That said, a lot of the same pre-release creatives that trigger WTF responses also generate Curiosity with viewers wanting to see how things play out during the game. In fact, 63% of this year’s pre-releases and teasers have scored on Curiosity as well. Tops among those was the GM ad below, but right behind it was fellow automaker Nissan, for its “Thrill Driver” spot (which was also second among pre-releases for likeability).

But which ads have scored highest on WTF so far? iSpot’s Creative Assessment survey data tells the story of exactly what the f— is going on with Super Bowl teasers this year, as many lean into building excitement (and questions) around the official Big Game ads.

Meta also leans into a decidedly vague teaser for its official Super Bowl spot promoting the Oculus Quest 2 headset. The 15-second teaser simply shows an 80s-style restaurant called “Questy’s” with a period-appropriate soundtrack. It scored highly on Curiosity as well given the brief nature of the reveal.

In a brief teaser, E*Trade alludes to its previous baby-themed Super Bowl ads, using a baby monitor to contact an off-screen character about coming back. For those that could not remember the older “E*Trade Baby” ads, the baby monitor was the source of a lot of confusion. Similar to the other spots with higher WTF scores, this teaser ended on a suspenseful note which also led to Curiosity (as was the intent).

Actress Hannah Waddingham teases more to come in Rakuten’s Super Bowl spot, simply trying out an evil laugh for most of this ad’s 15-second run time. The creative also scores higher than most of the other WTF ads in terms of Funny emotions (she does wind up coughing at the end of the evil laugh session) and Surreal as well.

Unlike the other WTF spots, DraftKings’ ad response stems from the images of what appeared – rather than what didn’t. Along with avocado and jalapeno, the brand’s spokesperson drops a smartphone into a blender before starting it up. The mystery here stems from why she’s done so and how it relates to DraftKings’ free million-dollar Super Bowl bet.

Curious to learn what the f— is going on with your own brand’s TV advertising? Reach out to iSpot for a demo today.