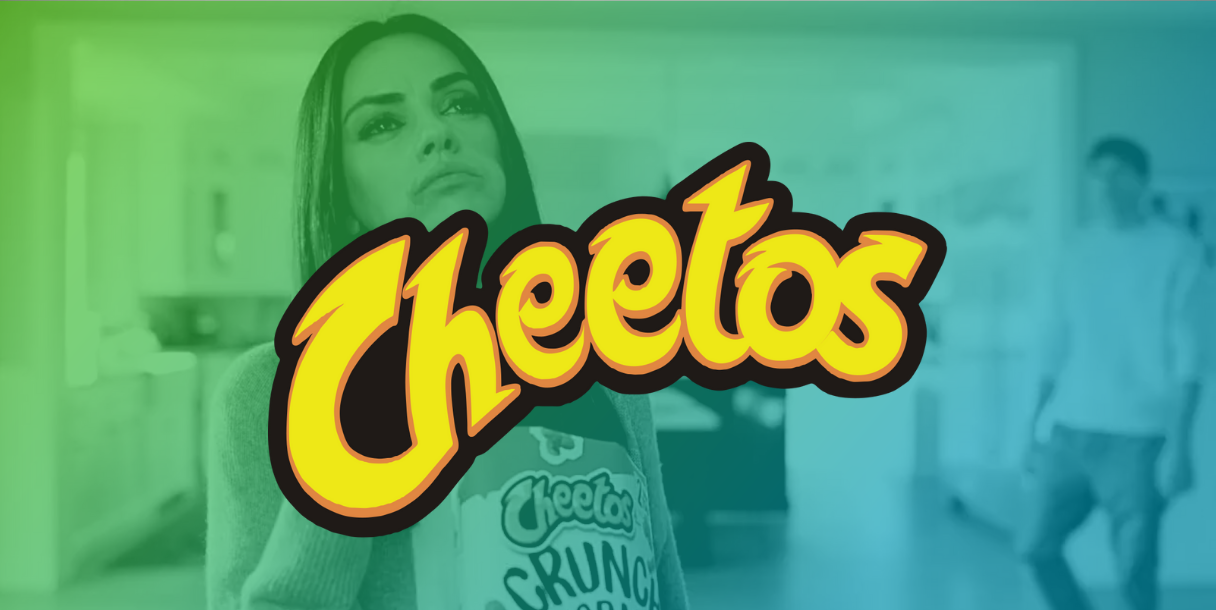 After watching Cheetos’ “Can’t Touch This” commercial during the 2020 Super Bowl, we feared we’d never see a funnier ad in the Big Game. Another clever combination of humor, defining product truth, great script, and perfect song just seemed so improbable.

Until 2021, when the Frito-Lay brand struck again during the Big Game and came out on top with the Funniest Super Bowl ad for the second consecutive year.

Most of us are hoping for more hysterics from Cheetos and other Super Bowl 2022 advertisers come February 13th. The odds are good. Since 2014, more than half of all Super Bowl ads have leaned into humor to connect with viewers — with 69% doing so in 2020, and 60% following in 2021. Often peaking in Super Bowls following tumultuous years (hello COVID-19, contentious 2020 presidential election), humor is still a very personal reaction. So, going for laughs when speaking to advertising’s biggest audience is rife with risk.

How do brands like Cheetos do it? We dove into our quantitative Creative Assessment and emotion measurement insights to gauge how the brand executed last year’s hilarious spot.

Featuring a very well-cast (and acted) ensemble, and another ‘so perfect, it seems written just for this ad ’ audio track (in fact, it partially was – more on this later), Cheetos struck gold again last year with “It Wasn’t Me.”

The use of the perfect Audio track played a huge part in this ad’s success. Viewers also found “It Wasn’t Me” to be Ingenious, Nostalgic, Memorable, and very Funny because the entire Narrative dovetailed with an instantly identifiable trait of the brand (Cheetos dust).

Ace Emo Chart for “It Wasn’t Me”

This chart depicts the emotional impact of “It Wasn’t Me.” Ace Emo refers to the 57 emotional metrics Creative Assessment measures for every breaking TV and video ad. Measurement is derived from survey respondent verbatim comments using Natural Language Processing and machine learning. Scores are relative to every other ad in the expansive database. The longer the bar in the chart above, the stronger the signal.

Over 450 survey respondent verbatim comments (summarized in the word cloud below) reflected on the magical combination, with a sampling shared here:

“The music and the characters featured here are awesome. The nostalgia of the song, the relatability of the situation with one spouse sneaking some of the snacks, spot on. I will watch this ad again and again even if I never buy any Cheetos. Hilarious.”

“I thought this ad was simply hilarious and did a fantastic job of making sure the actions centered around their product. I thought Mila Kunis’ facial expressions were hilarious and the music was amazing!

“This was very entertaining and intriguing. I would definitely consider buying this product in the future due to the well executed commercial.”

Amplifying Humor With a Killer Cast and Clever Soundtrack

What set this 60-second creative apart from other Super Bowl creatives was a fitting song that sparked fond memories in a year of detachment and isolation. The soundtrack was made even better through clever custom lyrics, which made viewers rate it as one of the Single Best Things about the creative (along with the characters) at a disproportionately high rate (over 300% higher than 2021 Candy and Snack industry norms).

The chart above tracks second-by-second viewer resonance. The lines Single Best Thing shows which creative element viewers liked best. In this case, 22% chose the music in “It Wasn’t Me,” while the average candy and snack ad saw just 6% make that choice.

“The fact that you took a Shaggy song and made it your own with Ashton and Mila was the greatest thing ever.”

“I like the actors and creativity put into the music.”

“Loved this commercial so much! I loved seeing Ashton & Mila, as well as Shaggy. Great choices! I also loved this Cheetos remix of the song. It was both hilarious and nostalgic.”

“I loved this ad! Very creative use of lyrics and acting, and it was really funny. I would absolutely watch it again, and I usually do not opt for Cheetos, but I really want some now.”

Kutcher and Kunis delivered instantaneous engagement (necessary for Super Bowl success), yet Cheetos didn’t stop there. Viewers already delighted with Mila’s Relatable denials of her sneaky snack-stealing shenanigans were drawn in even further when Cheetos actually delivered the real Shaggy, nailing the punchline.

Second-by-Second Trace Chart for “It Wasn’t Me”

The chart above tracks second-by-second viewer resonance. The lines represent the average response across viewers in each respective age group. The gray area is a standard range of responses.

Is the Production Value Worth It?

Certainly, Frito-Lay went to great effort and expense to deliver this gem, but viewers do tend to reward such creativity (reflected in the high Change score below).

Not only did the majority remember the brand despite the Attention-grabbing and Likeable distractions, a whopping 72% said they’d buy Cheetos due to this ad. Before one downplays that fact because, well it’s a snack and everyone eats snacks, this intent rate topped 2021 Candy and Snack industry norms by nearly 30% (+16 points).

And the ad had legs. While NFL fans Loved It much more than the average category spot, “It Wasn’t Me” outperformed even more so among those with very little-to-no interest in the league, lending additional power to the investment.

This chart shows the overall performance of the ad among audience segments, expressed as a comparative index to the average candy and snack ad in 2021 within that same segment.

Frito-Lay has enjoyed impressive success with the humorous approach over the years, taking the Funniest ad award in five of the seven Super Bowls where Ace Metrix Creative Assessment has measured emotional resonance. Adding to that success, Frito-Lay has also ranked first in Likeability in six of the past twelve Big Games (see a Doritos winner here). Since 2010, twelve Doritos Super Bowl ads have earned top five honors on overall resonance, Likeability, and/or Funny rankings, and Cheetos has two.

Will the Laughs Keep Coming?

Based on the Super Bowl LVI teasers and ads disclosed so far, it’s looking like we’re in for another LOL game this year as nearly 60% of pre-releases have gone for giggles. Celebrities should be plentiful too, with the same proportion of 2022 pre-game spots featuring at least one big name (and one in five employing two or more). Yet a potential plot twist could be brewing, with just two of the early releases this year going for Heartfelt connections (which we’ve revealed as one of the surest ways to Super Bowl success beyond humor). Could some brands just be holding out for a weightier heartfelt impact on game day?

Check It Out
This site uses cookies to provide you with a great user experience. By using iSpot.tv, you accept our use of cookies. ACCEPT ×