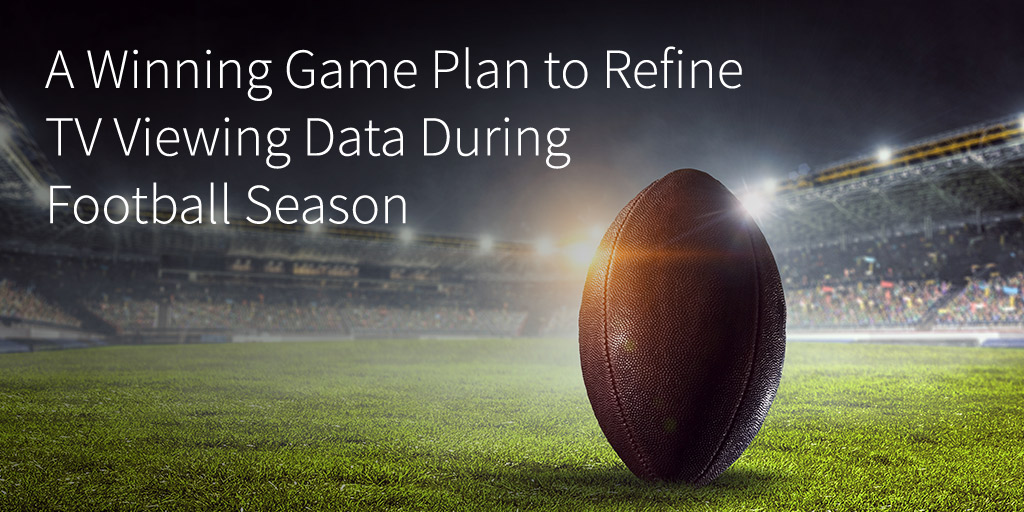 iSpot.tv has been bringing digital-like metrics to TV Advertising for years, providing our clients with best-in-breed media measurement, TV conversion, attention, segment and engagement analytics. Some would believe this is a straightforward process, as easy as taking raw viewing (ACR) data, doing some massaging, putting it in a spreadsheet and, “Voila!” Mission accomplished. The harsh reality is there are major hurdles to overcome and significant resources required to accurately measure the impact of TV ads. The work requires more than just unrefined ACR data and instead involves many datasets (iSpot.tv uses 6), skilled analysis and data science to refine, corroborate, adjust, and validate, to reach a final data truth set to produce metrics advertisers can trust. 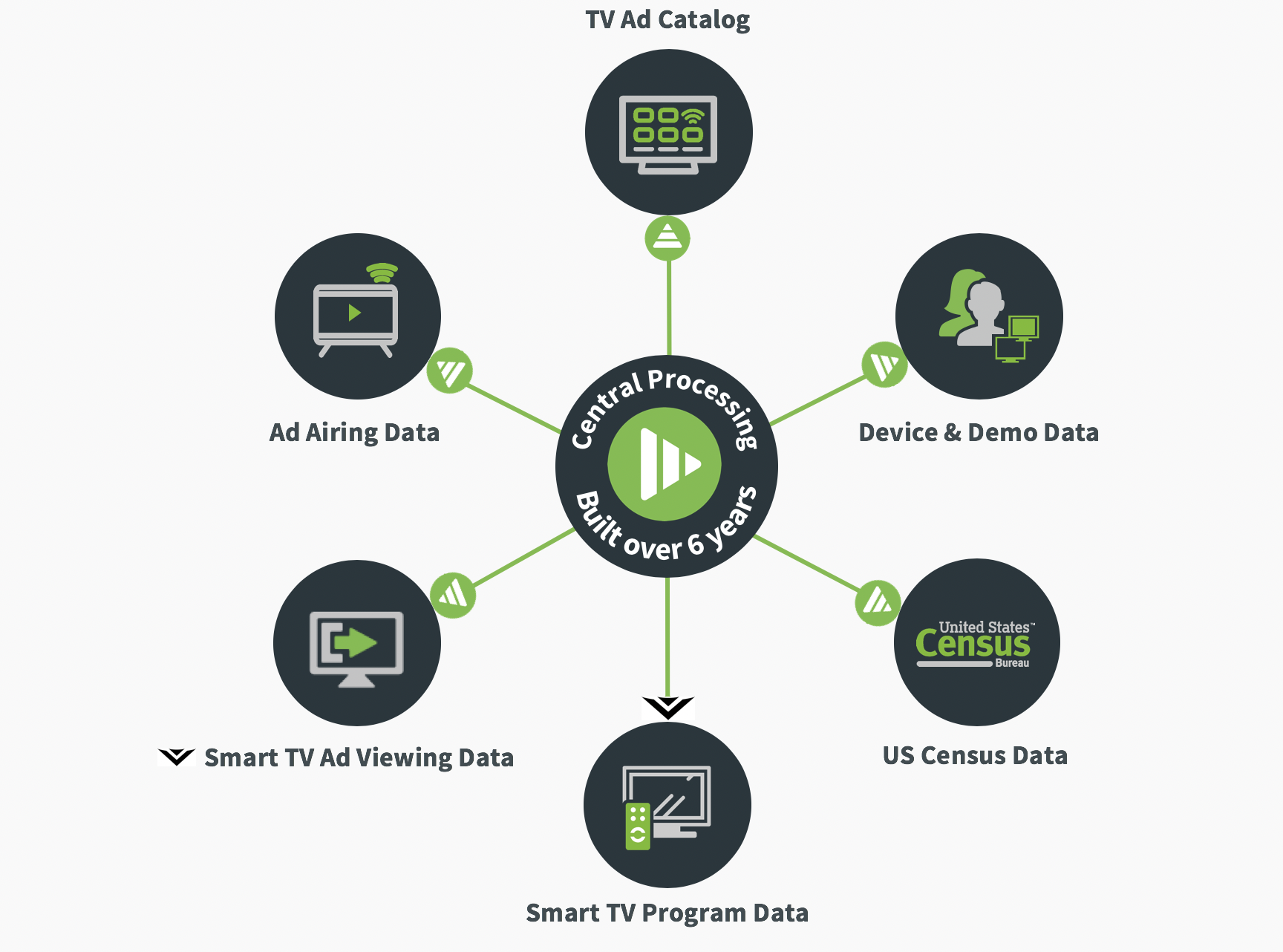 The iSpot process addresses these challenges head-on by calibrating airings schedules and TV ad occurrences against the US Census figures, creating an unparalleled picture of TV airing data. The development of TV airing data is only half the story; there are other considerations that need to be taken to provide trustworthy TV ad analytics. 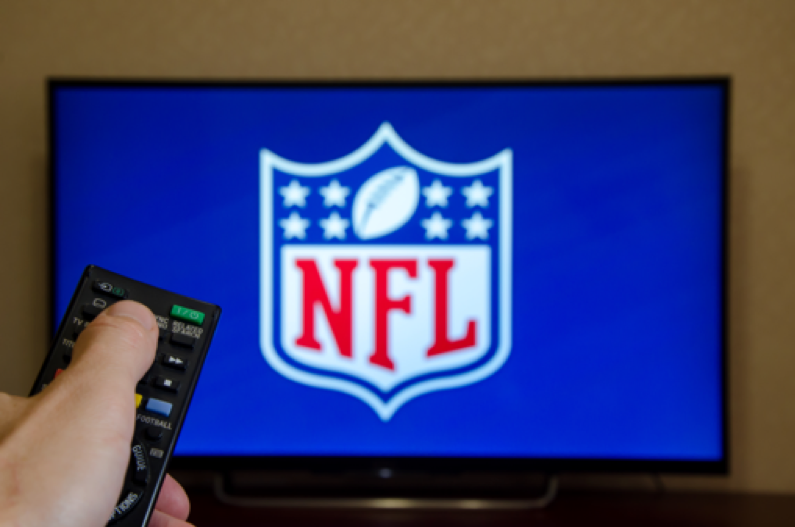 For example, let’s look at how iSpot processes various data inputs to deliver the industry’s only accurate metrics during professional football season. Broadcasted NFL games create a litany of challenges when developing an accurate set of data for analytics, including:

As a first step, iSpot monitors the national feeds for both the east and west coasts, DirecTV NFL Sunday Ticket, as well as local market feeds in 21 DMAs, including every NFL home team market. We then turn this raw material into our TV ad airing data as a foundation, but that is only the first step.

Our platform team then manually reviews the actual start and end times for each game and makes the appropriate adjustments to the game schedules. We then take the subsequent show schedules into consideration and adjust the airings and times for those as needed. After making these adjustments, at both a regional and local level, iSpot can then properly set the attribution as needed to match the actual airings. Without this, media measurement would be attributed to the wrong dayparts, games and/or shows. Three real examples of these adjustments include the week one Steelers vs Browns game that ran through a full 15-minute overtime, the week one Titans vs Dolphins game that was delayed almost three hours due to weather, and the week four Patriots vs Dolphins game that was preempted regionally in the third quarter.

In parallel to the work performed by our data team, our editorial team will capture brand-new TV ad airings and add the creative to our Ad Catalog. It’s important to note that sometimes a new ad, or spot, can be subtle. For example, in the first week of the NFL regular season, a major automotive company ran a new spot that changed the end card offer of a previously cataloged ad from a lease to a cash-back rebate. iSpot captured this as a new spot, enabling the brand to accurately analyze the impact of the new offer. In addition, we accurately detected ads that ran with a ticker or on a split screen. Without these rigorous steps, over 50% of game-time ads would go undetected or inaccurately detected. 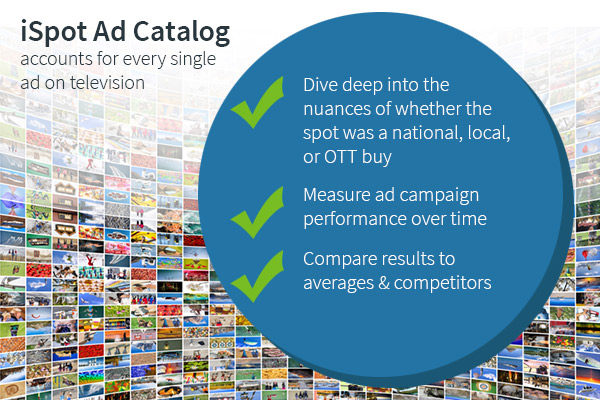 iSpot has expertly developed its ad catalog and methodology over 6+ years to provide TV advertisers with a host of metrics such as estimated spend, impression data for each game, and impression data for each ad played within a game. As a key takeaway, it’s critical to understand that while data and measurement go together, you can’t produce accurate measurement from raw ACR data without refining the information further to produce something meaningful and accurate. Our team of experts delivers an unrivaled view of the impact of TV advertising while democratizing analytics and data science.  The work we do around NFL broadcasts is just one example of how our industry-leading solutions deliver much more than simple TV data.