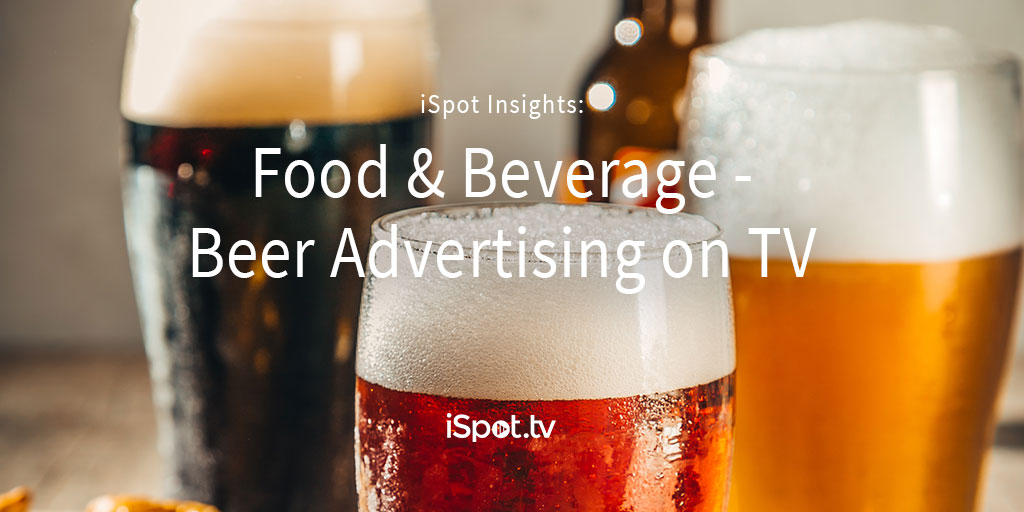 If there is a single ad category that is synonymous with television, beer would be one of the top choices. Juxtaposed against the long history of beer and investment in TV advertising is the steady decline of beer sales over the last five years. Although Millennials have gravitated to craft beers, their tastes have shifted to wine and spirits. Additionally, Keto has become the diet du jour keeping carbs off the list.

With so much at stake for beer conglomerates and craft breweries alike, it should come as no surprise that 35 brands spent an estimated $579M in the first five months of 2019 generating 38.6B TV Ad Impressions. Beer advertisers targeted sports and tent pole events, including the NBA Finals, NCAA Basketball Tournament, and Super Bowl LIII. Audiences were predominately male, split 55/45 by gender.

Advertising content ranged widely, even within the same brands. Celebrity endorsements, co-branding, social commentary, and comedic ads fought for viewer attention and social interaction. The largest spenders were conglomerates, with the top five Brands of Bud Light, Michelob, Corona Extra, Coors Light, and Heineken representing about 55% of estimated spend. Of the top five, only Bud Light and Michelob advertised during Super Bowl LIII, indicating that brands are spending on a range of programming.

iSpot will continue to monitor beer and every other ad category. We will be watching for future trends as brands work to rise above the noise, differentiate, and fight for a place in coolers and refrigerators.