The Day Before the Big Game: Everything We Know About Super Bowl 50 Ads So Far 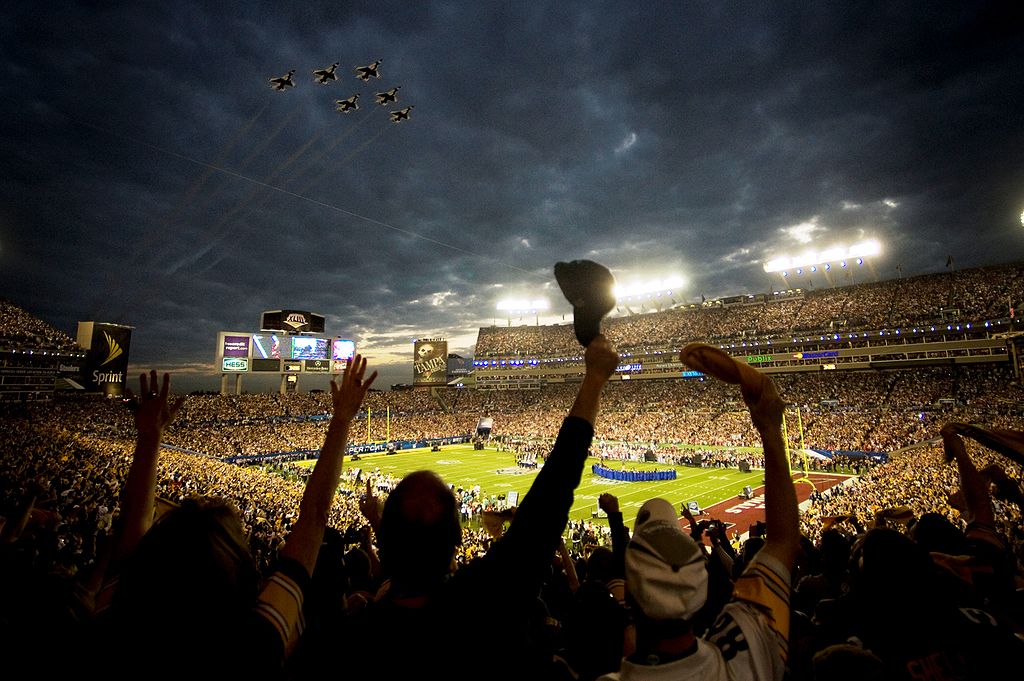 UPDATE [Saturday, Feb. 6, 2016, 1:00 p.m. PT] — With one day to go before the big game, iSpot.tv’s VIP Super Bowl 50 Ad Center is in full horse-race mode. There have been more than 1.3 million social actions explicitly related to Super Bowl 50 ads and teasers and over 322 million views (as of Saturday, Jan. 6 at 12 a.m. EST). And the ads have already generated more than 350 million TV impressions.

46 Brands have released 79 ads or teasers associated with Super Bowl 50.

New on the scene: ads from Esurance, Fitbit and Schick.

All told, paid and earned television airings of Super Bowl ads and teasers have amassed 353 million TV impressions. Bud Light (91.2 million) is owning the lion’s share of the impressions.

T-Mobile’s “Restricted Bling” featuring Drake has benefitted from the social reach of its star and paid promotions on Facebook, Twitter and YouTube to generate an estimated social reach of 142 million.

The race for online views is being led by Hyundai (45.5 million), Wix (26.4 million) and Amazon (25.6 million), all of which are investing in getting their ads seen on YouTube and Facebook. Of the 322 million views so far for all Super 50 ads and teasers, iSpot.tv estimates 82 million are organic or unpaid. Of note, Hyundai has spent to generate 31.8 million views on this teaser.

Elsewhere on the iSpot.tv blog: There have been 40 celebs so far in Super Bowl 50 ads, with many more sure to appear. So far 2016 has eclipsed last year’s celebrity count of 27. Also, 50% of online views for ads happened before kickoff last year.

3. Heinz’s “Wiener Stampede,” with its 3.7 million earned views (8.1 million overall) and 465,000 social actions explicitly tied to that creative, has been a steady gainer.

*Follow the creative horse race on this real-time leaderboard, where iSpot.tv ranks the digital share of voice (the most organic digital activity explicitly related to TV ads). You can also see a view of  24-hour trending.

The NFL season: There were 2,545 national TV ad airings through the 2015-16 AFC and NFC Championship games. 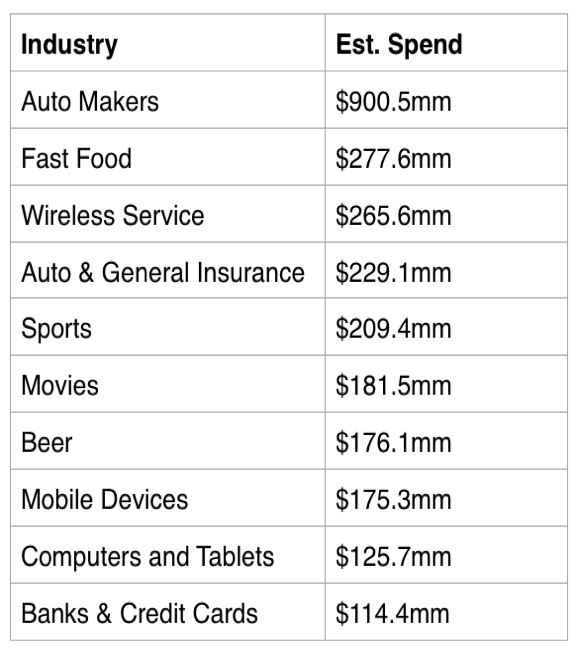 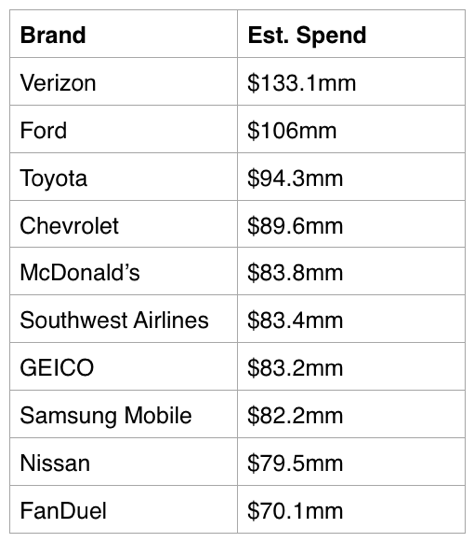 *More details on social and view data for 2015

Of the 268.4 million social actions (shares, likes, tweet, votes, comments) across Twitter, Facebook and YouTube explicitly linked to the airing of TV ads in 2015, 24 million or 8.9% were for ads appearing in the big game. Put another way: 88 Super Bowl ads accounted for 8.9% of all digital activity last year. Of the 7.2 billion earned video views for TV ads in 2015, 560 million or 7.8% were generated by Super Bowl ads.