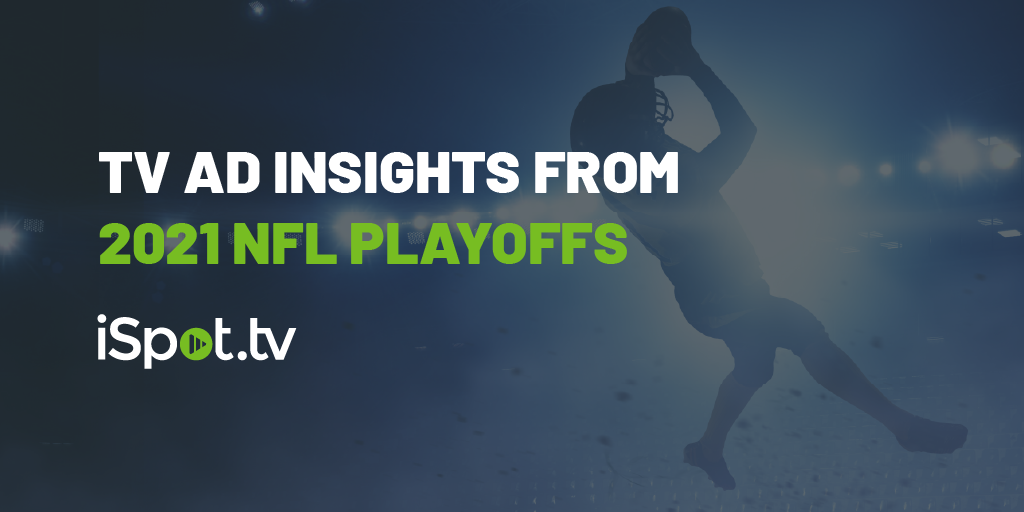 After a regular season with numerous schedule changes throughout the fall, the 2021 NFL Playoffs went exactly as planned this January. Though TV ad impressions for NFL games showed a slight decline year over year (down 7.7%), the NFL was still the top show on TV for impressions, with nearly 12x more than the nearest competitor during that time frame of Jan. 9-24.

Additionally, estimated TV ad spend during playoff games was up over 20%, while a larger list of brands advertised this year vs. last. So while some long-time Super Bowl participants appear to be bowing out of that game, they still made their presence known during several weeks of football leading up.

How did audiences feel about ads that aired during the playoffs, though? Using data from iSpot’s Ace Metrix, we’re able to see how the creatives performed compared to benchmarks, top emotions for certain spots, brand impact, and more.

Interested in discovering more about TV advertising during this year’s NFL playoffs? Download iSpot’s latest report on the top brands, industries, and creative during the postseason. And for more on the Super Bowl, check out the VIP Ad Center as well.