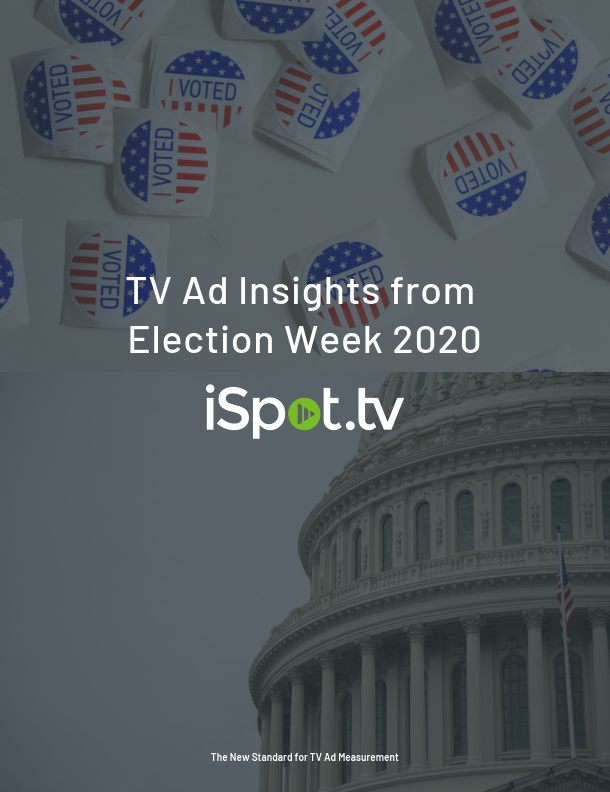 With several key states going down to the wire in the 2020 U.S. presidential race, election night quickly turned into election week. And with that, cable news became the go-to hub for information from anxious viewers. As one would expect, ad impressions followed suit, with CNN, Fox News, and MSNBC increasing impressions by nearly 3x over the same time period (Nov. 3-7) last year.

Brands typically shy away from politics, but those that appeared during the politically-focused programming of election week reaped the benefits. During the five-day stretch, insurance ads on cable news networks were seen more than those from any other industries. Auto & general insurance led the way with over 1.04 billion impressions, while health insurance was second, with nearly 700 million. Health insurance isn’t typically active on TV, however, open enrollment and the election helped lead to a spike.

Impressively, CNN not only won the impression battle among cable news networks during election week, but all TV networks. With well over 10 billion ad impressions from Nov. 1-7, CNN had 2 billion more than the next network — this despite others airing election, NFL and college football coverage during the timeframe.

Brands also got involved in the election in the lead-up to ballots being cast as well. Brand and network spots for voting-centric ads led to over 4.4 billion TV ad impressions between Oct. 1 and Nov. 3. Facebook’s “Voting Information Center” spot made up nearly half of those.