Did Peloton Resurrect Itself Along with Mr. Big? 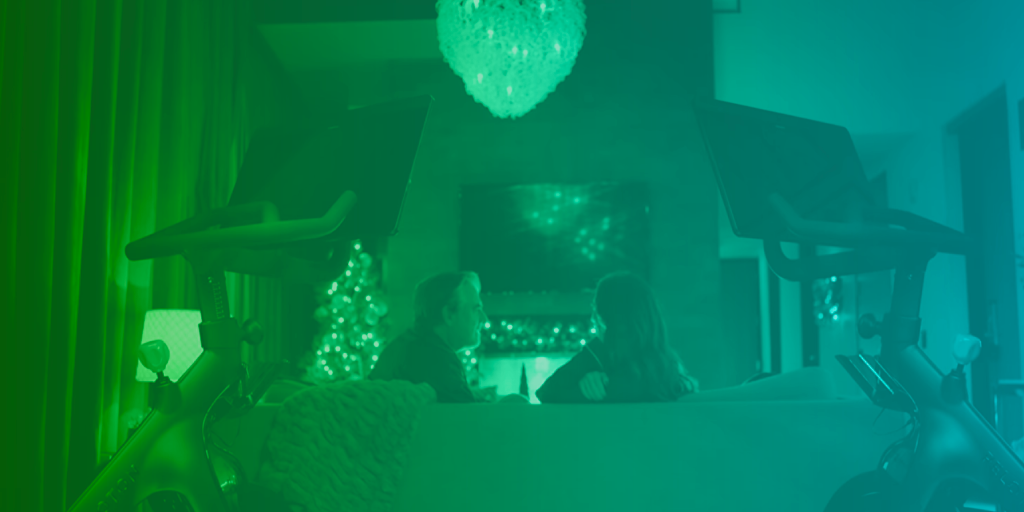 Since the onset of the pandemic, Peloton has been one of the big COVID-19 headliners as consumers with financial means rushed to continue their health and wellness journeys while isolated at home. Even in 2019, the brand aired a controversial holiday ad where a husband gifts his wife a Peloton. More recently, the brand’s stock valuation has taken a hit. While many in the Twitterverse and media rushed to blame Mr. Big’s demise after a ride on a Peloton bike (in the new Sex and the City reboot) for the stock hit, in reality, the reopening of gyms and an unnaturally high valuation have been in the mix as well.

But then, Ryan Reynolds and his ad firm Maximum Effort swooped in to help the brand rebound from the negative press. We wondered if Reynolds’ magic touch could work yet again…read on to see what we found using Creative Assessment.

If You Know, You Know

Ryan Reynolds and his Maximum Effort agency have perfected the art of capitalizing on current events at lightning speed to bring relevancy to brands and a sense of being in on the joke to consumers. But the approach is obviously most successful among (and really only targeted to) those who are culturally astute. In this case, 42% of viewers rated “He’s Alive” above the average health and fitness ad (from the past year).

Viewers aware of the Sex and the City tie-in were delighted with the entertaining and creative response linking the Peloton bike to Mr. Big’s demise.

“Was hoping I would see this commercial again soon. It’s clever, funny, great casting and voice over. Great choice in getting Chris Noth, Ryan Reynolds and the Peloton instructor. Great job and by the way I didn’t believe the exercise caused Big’s heart attack.” Female 50+

“This commercial is a great response to the drop in stock! I loved it.” Male 21-35

“That was awesome. I don’t use the product or watch the show, but everyone knows Mr.Big! Very cool to play off the public knowledge of all publicity linked to Peloton and Sex in the City. Loved it!” Female 36-49

“Attracted me from the start because of Chris Noth. Loved the humor and reference to Just Like That.” Female 50+

“Funny ad after the dip in the stock. Doesn’t make me want to buy your bike though.” Female 36-49

“It’s a funny response to a fictional situation in Sex and the City.” Female 50+

“Big from sex and the city is putting out peloton ads now. My life is complete.” Female 21-35

Not surprisingly, those less in tune with current events were left confused and bored by the ad, which seemingly did not fit expectations (or deliver a clear product link) for an exercise bike commercial. For some, the video also felt Inappropriate given the age difference between the two characters in a seemingly romantic/sexualized situation. 54% placed the creative below the average health and fitness ad, and being left out meant harsher ratings. These viewers rated the ad, on average, 63% below the category annual norm.

“What is that old man doing with that young woman? I’d like to think I missed some thing and that he is her father instead of her date. I was so outraged that I didn’t even notice what the ad was for. That is definitely not the impression you want to leave with the viewer.” Female 50+

“interesting, the way the characters acted, it didn’t seem it was for the company. I thought the message was for something else entirely. The fast talk at the end didn’t help with selling the product, there was no images of what the company is selling” Male 21-35

It made me uncomfortable in the beginning. The people weren’t very attractive. I don’t like how the commercial was so sexualized for a piece of exercise equipment” Female 21-35

“I didn’t understand this commercial and how it was related to Peloton, I had no earthly clue. I was very disappointed on this advertisement.” Female 50+

“Very mixed messages here. Especially this time of year. Thought it was about Christmas cuz of the cozy scene but it really wasn’t” Female 36-49

“It is very boring. Not interesting and the concept of the video is extremely irrelevant to the product being advertised.” Male 21-35

“It was a strange mood established considering the product being hyped. I honestly thought it was an ad for an erectile disfunction pill until the very end. The age difference between the man and woman was a little off-putting, too. I disliked this ad.” Male 50+

“While the setting and camera work looked really good and seeing Chris Noth got my attention, I didn’t really understand what this was selling until the final second. I was left more confused on the relation of the scene to the product.” Female 21-35

“Feels creepy. I had know clue what the video ad was for and then peloton?” Male 36-49

Context (and Therefore Targeting) is Everything

While you might expect the 2018 Peloton ad to have been more polarizing to the general public, that was not the case. For some, the holiday spot was anti-feminist but most of America didn’t take it that way (or that seriously), despite what you may have heard on social media. “He’s Alive” on the other hand, saw a true ‘love it’ or ‘hate it’ response. While a 52 Polarity Score is about average, a 65 places “He’s Alive” in the 91st percentile on viewer disagreement. However, Peleton never intended this spot for the masses.

Those rating the ad above average rated it well above average (+283% higher than low raters) and paid Attention at 95% better rates.

“He’s Alive” did not drive purchase intent, even among the lovers of the concept – nor can we surmise it was intended to, given the lack of product information conveyed.

However, despite the many mentions of intrigue and frustration with the late product reveal and lack of familiarity among those not aware of the episode, 80% of viewers recalled the brand on an unaided basis after a single viewing – not at all a disappointing measure of brand awareness.

Moreover, about 20% of viewers specifically mentioned the health information voiceover and/or exercise in their comments despite the rapid ‘infomercial-esque’ relay by Ryan Reynolds, with just one viewer indicating that mode felt distrustful. So regardless of one’s feeling about the creative itself, it made its point and solidified the brand image.

Clearly, an ad like this is designed to be delivered to viewers familiar with the show, so where the ad is placed is important. But all of this might be moot with yesterday’s news of sexual assault allegations against Chris Noth (aka “Mr. Big”). Peloton caught yet another bad break, and has pulled the ad – perhaps another warning on the dangers of relying on celebrity saviors in the vein of Tiger Woods or Bill Cosby.