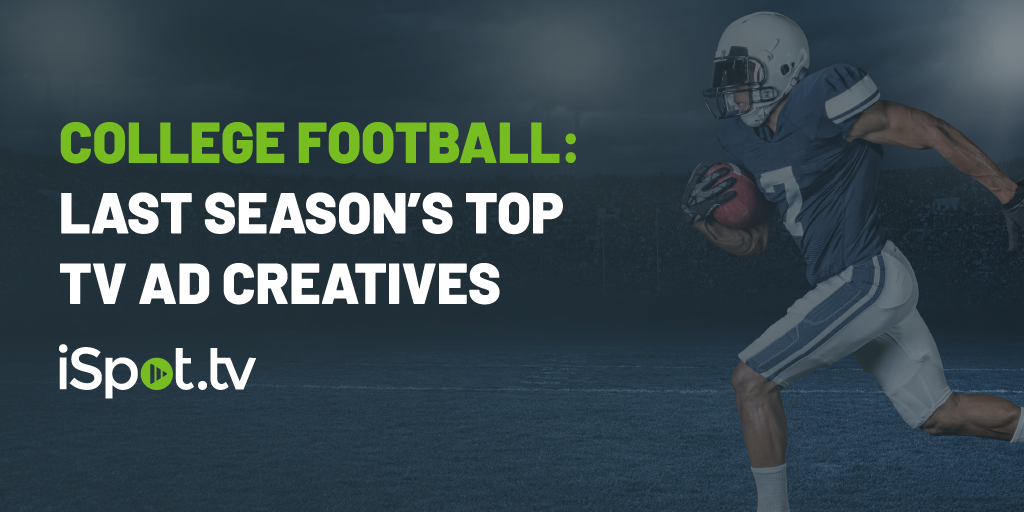 Football season is back. Even though the NFL is still a couple weeks from kickoff, college football returns with some early games this weekend before jumping into the full season during Labor Day weekend. That’s big news for advertisers anxious to jump back into TV live sporting events this fall.

While the NFL remains king, college football is regularly among the most-watched sports on TV, and delivers more TV ad impressions than all but a handful of programs each year (it was No. 5 in 2020, according to our data). The sport’s large audience also enjoys seeing ads that acknowledge college football fandom — something that numerous brands are happy to embrace.

So whether you’re cheering for the Huskies, Cougars, or a team in between, we took a look at some top college football-specific creatives from the 2020 season.

This spot focuses on game-watching and how Coca-Cola can be a signature part of that ritual for groups of friends. Ace Metrix Creative Assessment data shows that the ad was 8.1% more Watchable than the all-industry norm during the 2020 season and bowl games. The Single Best Thing about the creative was actually the product itself, according to 24% of those surveyed. Coke also had a Brand Recognition score of 79%, which came in above the all-industry average of 73%.

Dr Pepper brought back its popular “Fansville” series yet again for football season, focusing on a town obsessed with a college football team and… Dr Pepper, as you might have guessed. Included this time around was College Football Hall-of-Famer Brian “The Boz” Bosworth, too. The familiar face helped make the characters the Single Best Thing about the spot, according to 20% of those surveyed, while the top emotion was “Funny.”

Taco Bell gets straight to the point with this creative, telling college football fans they’ll receive a free Doritos Locos Taco just for signing up with its app. The ad garnered 1.6% more Attention than the all-industry norm during last season, and was 6.1% more Watchable. Taco Bell was also recognized as the brand by 88% of those surveyed; something that would certainly assist with app sign-ups.

Talking wheels of cheese continue to be effective for Cheez-It, as the snack brand puts them in a locker room setting this time for a pep talk. The ad scored 8.1% higher on Attention than the in-season norm for all industries, and was 8.7% more Likeable. “Funny” was the top emotion according to survey respondents, 24% of whom also said that the product itself (the Cheez-Its) were the Single Best Thing about the spot.

Nissan’s long-time sponsorship of the Heisman Trophy lends itself to ads with the recurring “Heisman House” series that brings together past winners of the award. This season-opening spot last year was 4.9% more Likeable than the all-industry norm (during the season), and attracted 6.5% more Attention as well. The characters were seen as the Single Best Thing about the creative, according to 24% of survey respondents, who likely recognized the likes of Lamar Jackson, Tim Tebow, Baker Mayfield and others.

Planning to advertise during college football this season? Get in touch with iSpot today for more TV ad creative insights from the best seat in the house.