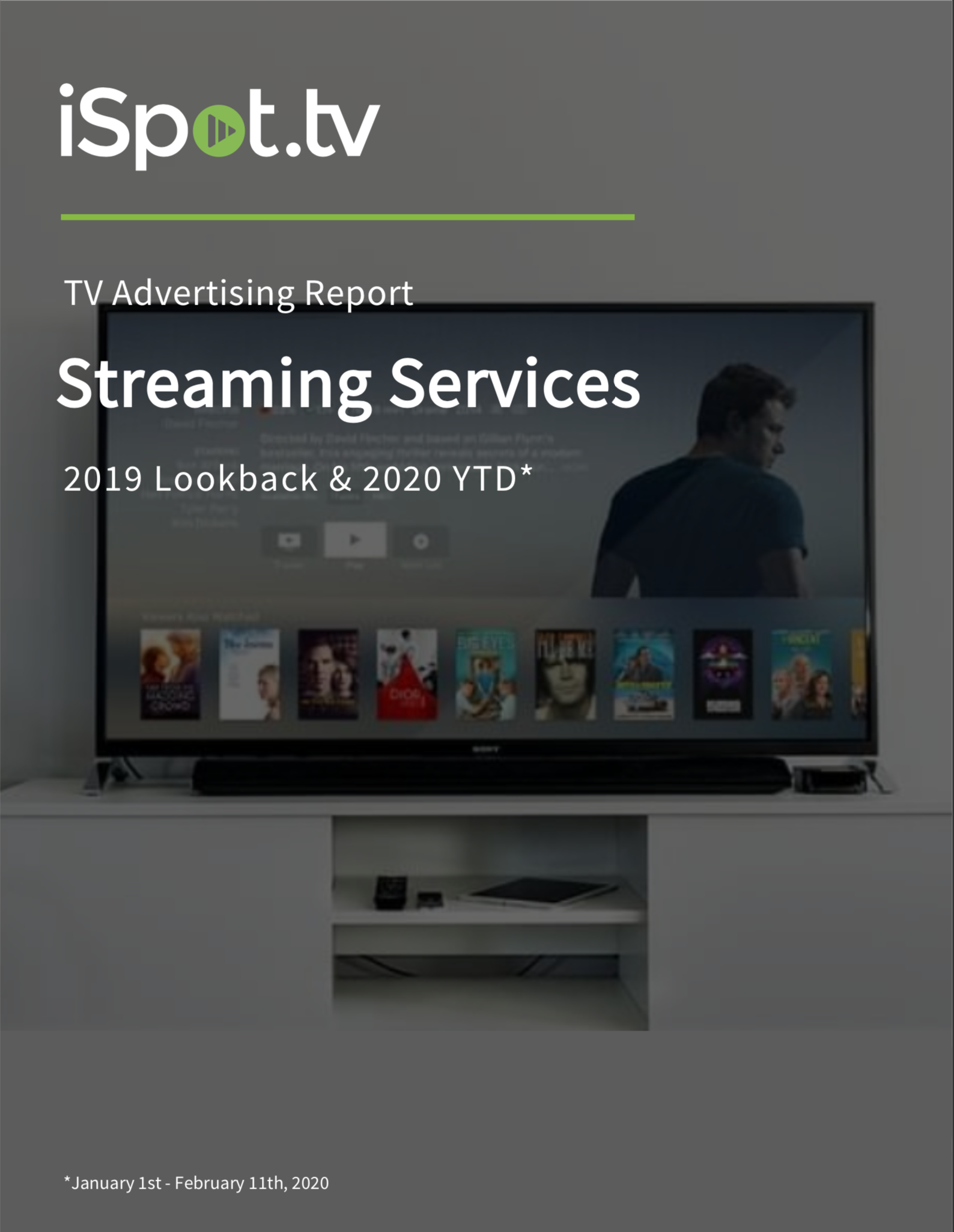 As the streaming wars heat up and new players enter the arena, services are increasingly turning to TV advertising to woo viewers and build subscriber bases. In fact, based on what’s been observed so far in 2020, streaming services are on pace for an estimated media value* of $2.3 billion this year — nearly twice last year’s figure. This report includes a rundown of top streaming services, with information on total impressions and estimated media value for the full year 2019 and 2020 to date.

*Estimated media value includes both estimated TV spend and the value of “free” spots appearing on owned networks, where applicable. It doesn’t indicate what was spent on ads, but rather, how much those spots would be worth.