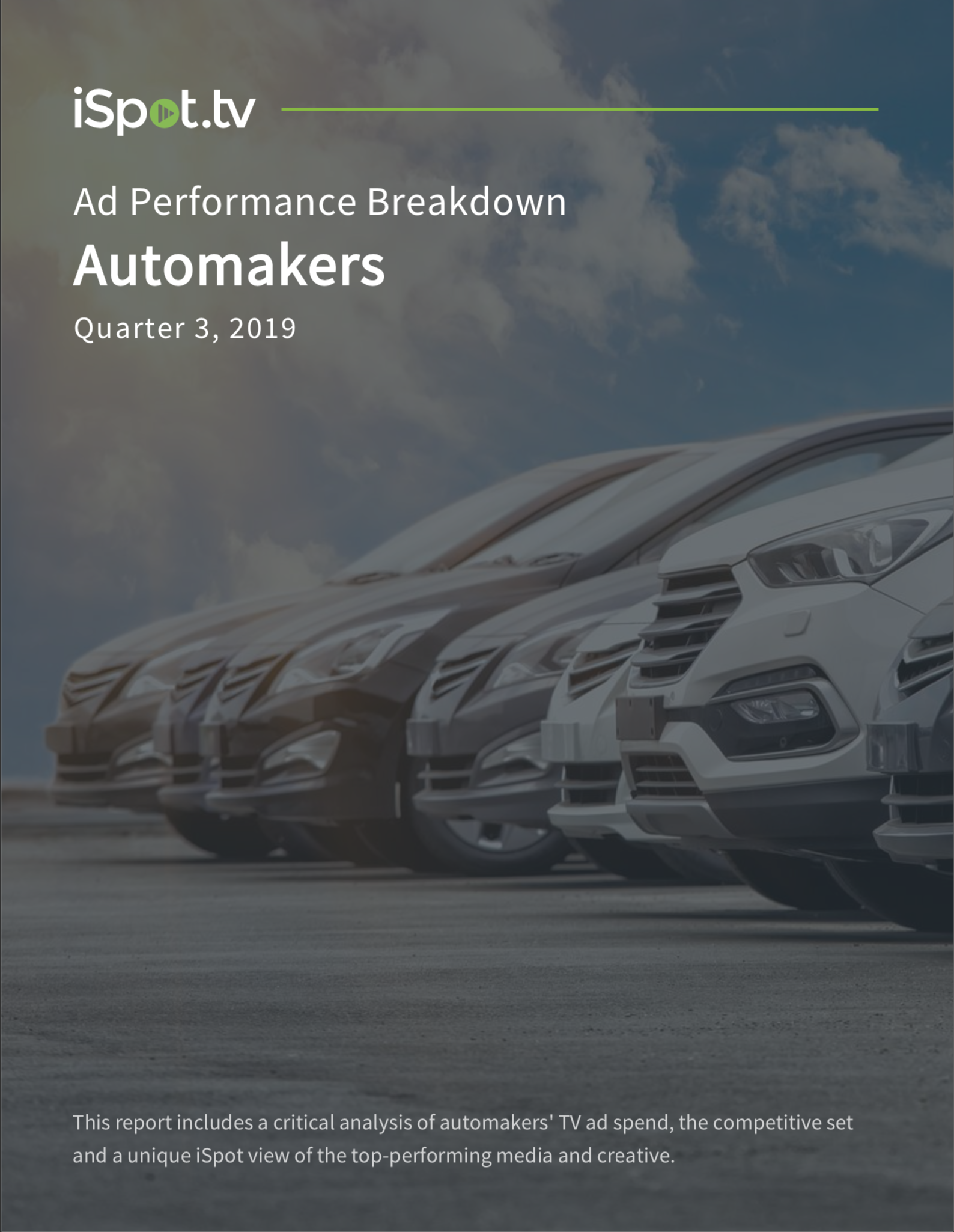 Month after month, year after year, automotive is one of the industries most devoted to TV advertising, and in the third quarter of 2019 it was no different: automakers spent over $1 billion on TV ads, which generated 105 billion TV ad impressions. This represents a slight decrease from Q2’s estimated spend of $1.27 billion, but impressions remained steady quarter-over-quarter.

Looking at the true incrementality of TV using our proprietary iSpot Lift Rating (the percent of the audience that’s been converted — moved to engage in a desired action — by TV ads), it was 29.60% this quarter, a 4.17% jump from Q2’s 25.43%. NBC Sports and CNBC led for networks that delivered the highest lift, and Fox was the only broadcast network to make the top ten ranking.