The iSpot team has been busy tracking all the Super Bowl commercials and teasers that have been released in advance of game day with the goal of declaring a pre-game winner. And it’s… (envelope, please)… Budweiser, for “Puppy Bowl”!

A bunch of spots — like Scarlett Johansson’s SodaStream star-turn — have been racking up millions of online views and plenty of buzz, but the game totally changed this past Wednesday when Budweiser pre-released “Puppy Love” online. The ridiculously adorable tale of a friendship between a curious puppy and a Clydesdale horse, the spot has left its competition in the dust with more than 32 million online views (on YouTube and iSpot.tv) and 470,666 social actions, including tweets, shares, likes, upvotes, etc., as of 11:59 p.m. PST on the eve of Super Bowl Sunday. Take a look at the screenshot below of the numbers for the top 10 spots as of last night and you’ll see that Axe, in second place with “Make Love, Not War,” isn’t even close, with less than a fifth of the online plays and social actions.

Budweiser’s also the only brand with more than one spot (three, in fact) in our pre-game Top 10.

Visit our 2014 Super Bowl Ad Center to watch all the commercials and to check out the latest stats — which will, of course, be updated in real-time during Super Bowl XLVIII as we add all the spots that weren’t released or teased ahead of time. 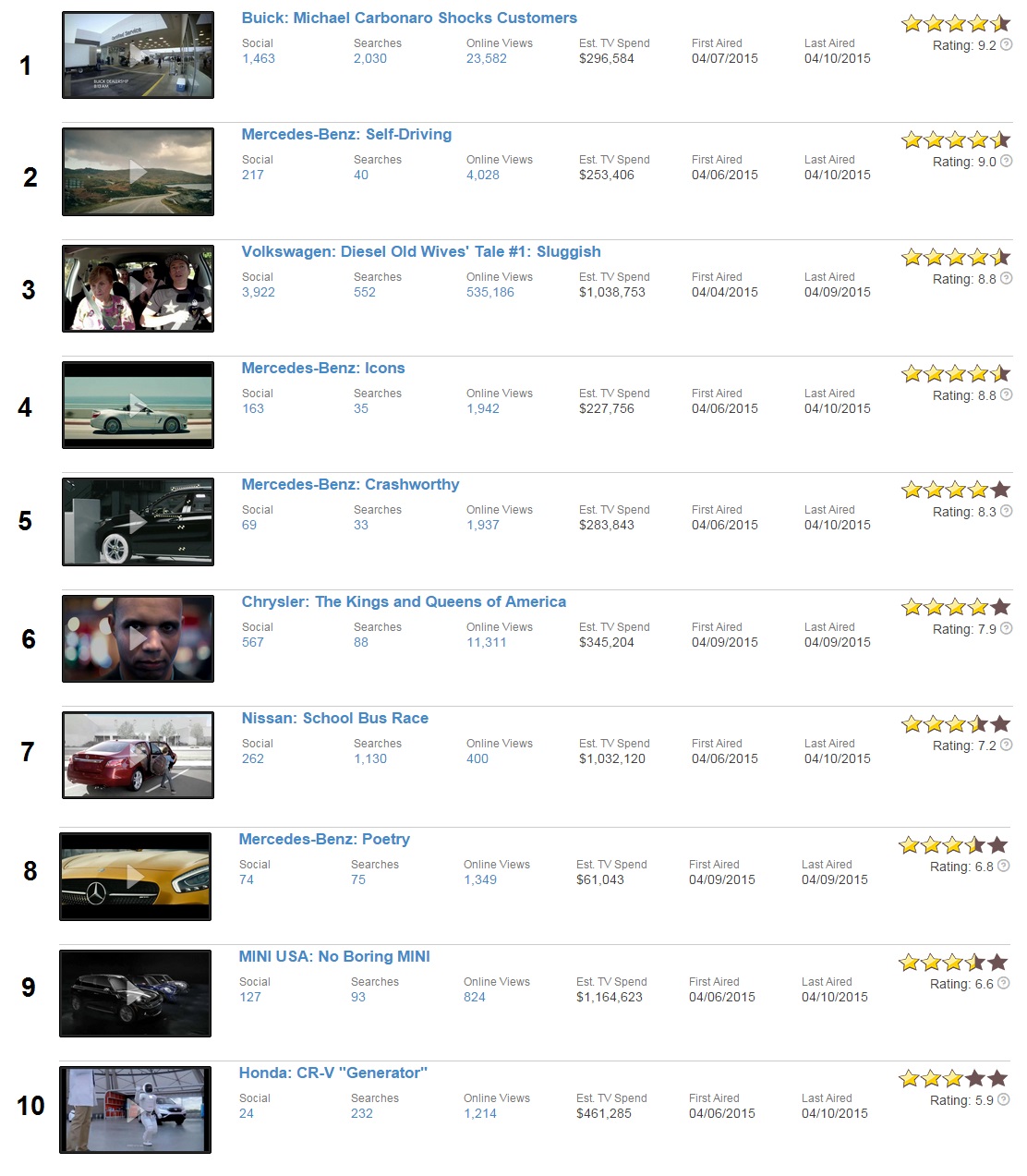 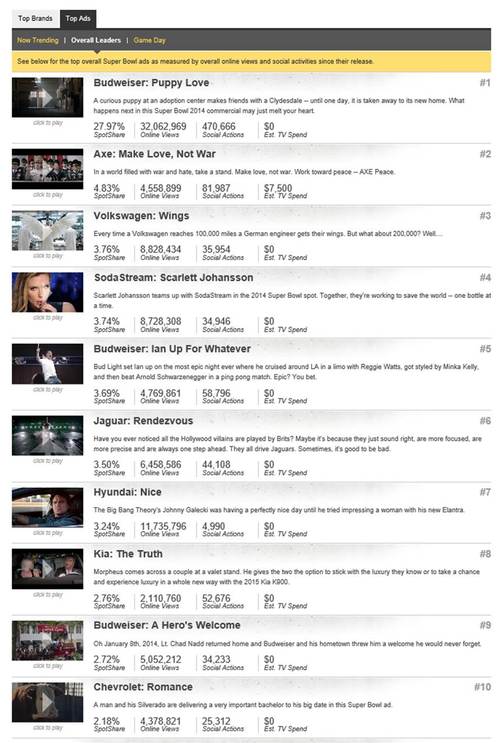