Adidas kicked off the year with a fresh new approach, expanding outside of its soccer comfort zone with a spot that focused around golf. The commercial featured golf shoes fitted with Adidas’ Boost technology that is already featured in other Adidas footwear. Precisely two weeks later, Nike released its first commercial of 2015, also golf-related, aptly titled “Why Change?” and featured its Vapor Driver golf club. The ad brought an added dose of star power –including Charles Barkley, Tiger Woods and Rory McIlroy – to the course. 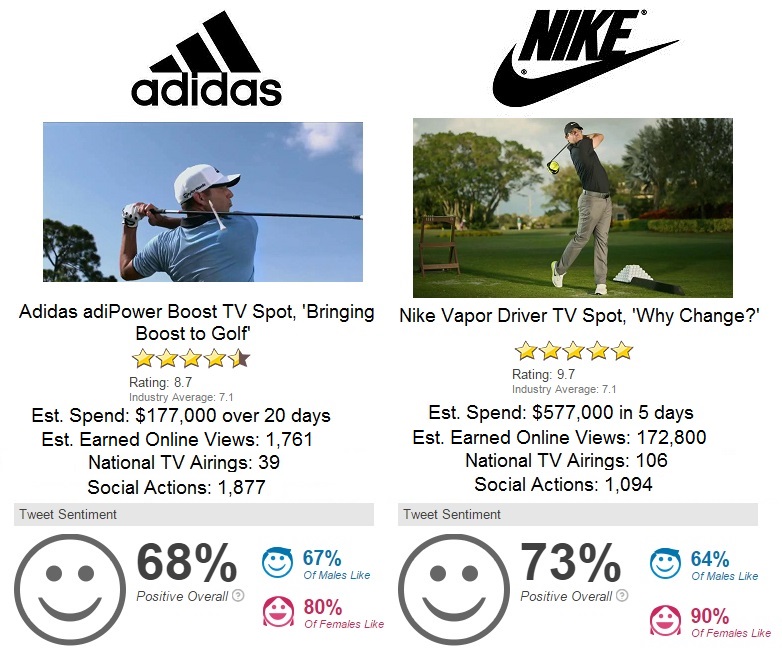 Adidas’ bold new marketing strategy has the world-famous soccer brand venturing across the field into a variety of other sports. As both brands are upping their advertising game for a new active season, we ask ourselves “Will Nike strike back each time Adidas shows us it can do something different?” Whether Nike feels its turf has been encroached, there’s little doubt the Portland, Oregon swoosh is watching the crosstown three-stripe rival very closely. After all, “Why Change?”