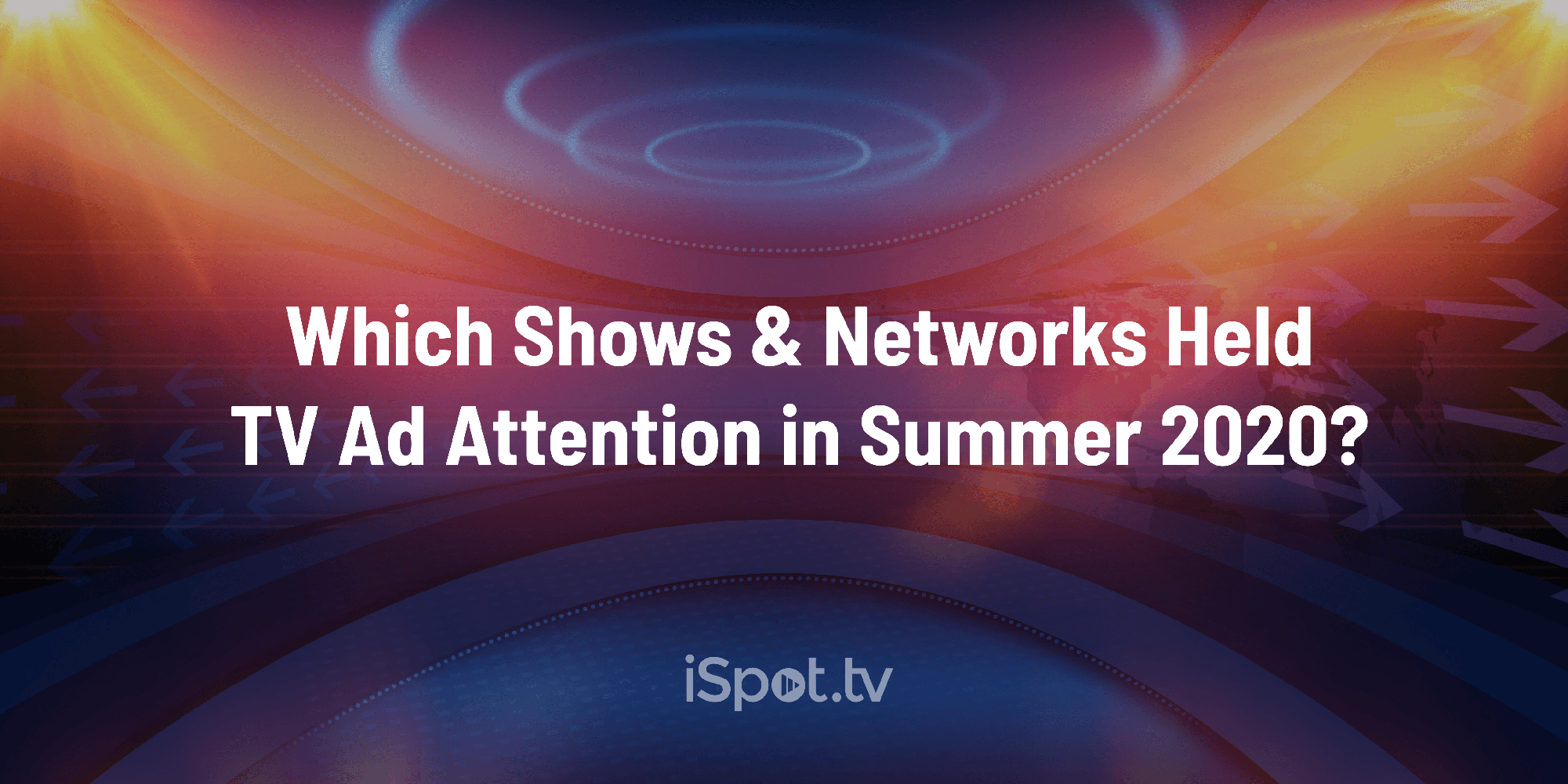 Summer 2020 was far from normal, which tracks for a year that’s been anything but. TV programming and ads were no different, with live sports only returning in late July, the pandemic continuing to make headlines, more calls for racial justice and a presidential election that is already extremely heated. Add in most of the country being stuck inside to some extent, and TV was a major source of entertainment for Americans this summer.

After looking at attention through the lens of brands, creatives and industries last time around, part 2 shifts focus to the shows and networks that owned summer attention.

(all data runs from Memorial Day through Labor Day — May 25-Sep. 7)


Which Shows Received the Most Ad Attention in 2020?

The Leader: NBA games dominated impression delivery this summer, accounting for 24.5 billion TV ad impressions. Attention for ads during NBA games was also 9% above the norm.


Which Networks Held Audiences for Ads?

Which Networks Held Audiences for Ads?

Broadcast networks like CBS (8% above the norm) and ABC (7% above) also performed well from an attention standpoint, as did BET, which was 11% above the norm against over 18 billion impressions for the summer.

Certain dayparts such as mornings score particularly high because of established viewing behaviors. People wake up, turn on the TV and start their day in the company of talk shows. This lack of interruptions helps shows such as Today (2% above the norm), GMA (3% above) and CNBC Squawk Box (2% above) consistently fare really well.