Which Brands Dunked All Over the NCAA Tournament’s Early Rounds? 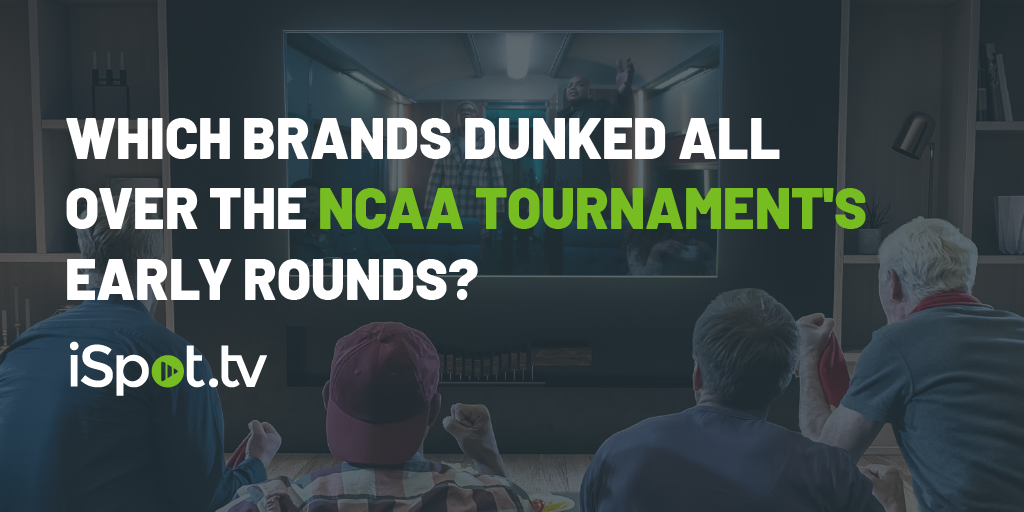 The pandemic completely disrupted TV as a whole last March, but unlike many other live sporting events, the NCAA Men’s and Women’s Basketball Tournaments were both at the forefront of the shutdowns and completely cancelled. As a result, a billion dollars up and vanished. Networks needed to quickly pivot programming. And brands needed the right data to figure out where audiences migrated to — be it on linear TV or streaming environments.

With March Madness back in full swing this year, the first two rounds of the tournaments showed brands embracing business-as-usual video creative, and even leaning into humor. According to Ace Metrix creative assessment, viewers have found 67% of new ads from NCAA sponsors  “funny”, as highlighted in our new report around both NCAA Tournaments.

The two years between tournaments have also led to some adjustments in how certain brands and industries approach advertising during the events. On the men’s side, insurance brands nearly doubled by percentage of impressions during the first two rounds — from 6.5% to 10.3%. Streaming services and beer also showed major upticks in 2021 compared to the early rounds of the 2019 tournament.

For the women’s tournament, the event featured a lot more early-round games on linear TV in 2021 than it did in 2019. Compared to the last tournament, QSR brands jumped from just 2% of TV ad impressions to nearly 10%, to place second among all industries in 2021. Beer impressions declined to 4% of impressions after leading the way in 2019. Meanwhile, dairy, eggs & cheese jumped into the top 10 after the industry was barely top-40 during the 2019 women’s tournament.
As March Madness rolls on this spring, we’re updating our report with the latest brand and creative trends to rise up during the games. Download your own copy today to learn more about how brands are embracing this year’s renewed excitement around the tournament — especially in a year that’s already been littered with upsets.