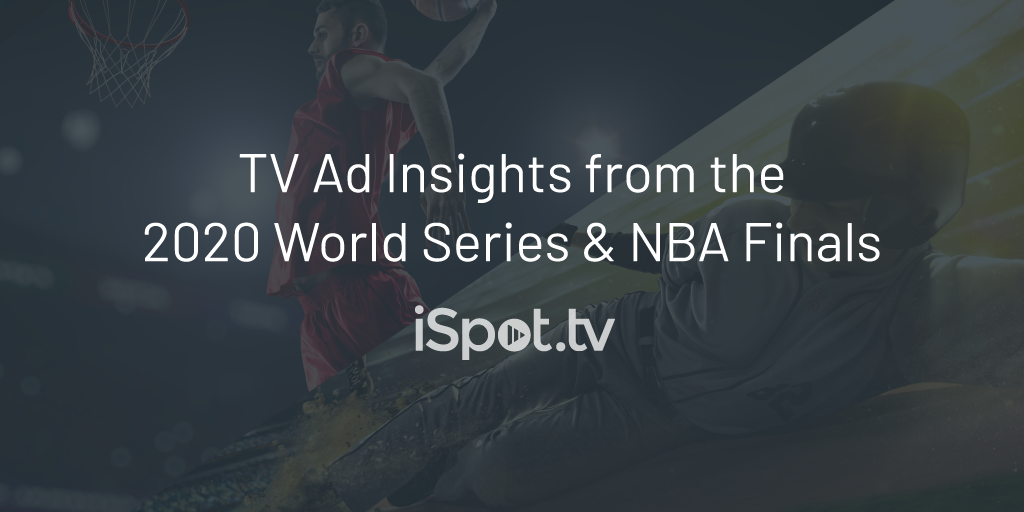 Following postponements related to COVID-19, the 2020 sports calendar was in disarray in the United States. With the big four professional leagues off the air for months, it was thrilling to see games come back all at once from late July through September. Of course, that also created some odd timing for various playoffs, as the World Series and NBA Finals nearly overlapped on the calendar for the first time.

Between the NBA, NHL, MLB and NFL seasons all happening at once, a continued pandemic and the 2020 presidential election, it’s already been a busy fall season on TV. Yet, viewers have still managed to tune in — especially for sports, as iSpot highlights in its combined World Series and NBA Finals report.

For most of the year, advertisers and networks alike have been hoping to see TV get back to normal. While we’re still not necessarily there yet, holding successful live sports championship rounds was one way to help make up for months of uncertainty.

Adding to the intrigue of the World Series and NBA Finals being just nine days apart was the fact that both matchups featured similar geographic pairings: a Los Angeles team (Lakers in basketball, Dodgers in baseball) vs. a Florida team (Miami Heat for the NBA and Tampa Bay Rays for MLB). Those are large markets involved, but it didn’t make the championships any more of a draw amid a crowded TV schedule and various national anxieties. However, lesser returns (vs. historical viewership) could also be anomalies. And despite that, the World Series and NBA Finals were among TV’s biggest events all year.

If you’d like to learn more about how brands approached this year’s NBA Finals and World Series, and how you can utilize insights from iSpot in your own approach to TV advertising, download the new report below.