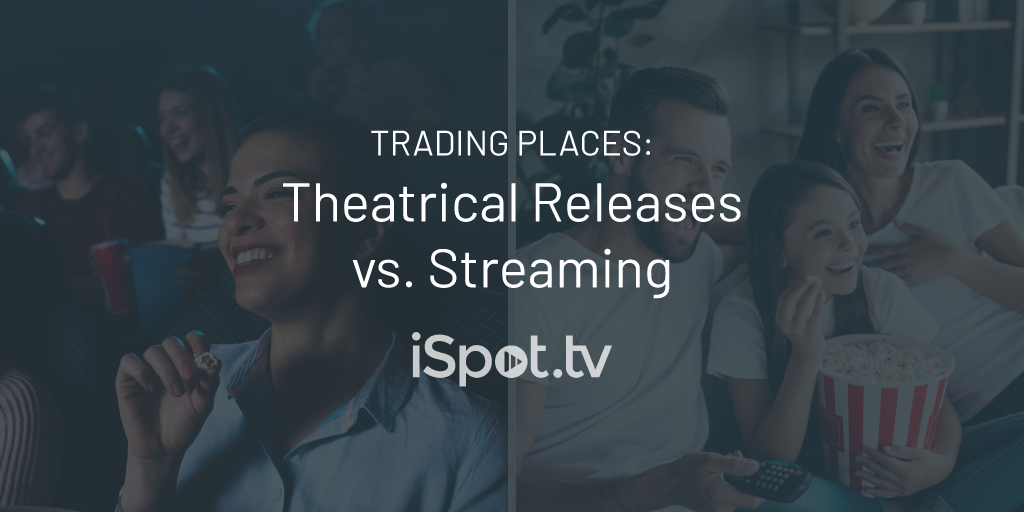 Amid COVID-19 concerns, movies came to a halt in Q2 2020. As a result, theatrical movies have $549 million in national TV ad spend through September 30 — that’s still 15th in spend among all industries, but 34th in terms of impressions. Meanwhile, streaming has surged, ranking ninth by impressions and fifth by media value (spend) since January 1, at $958 million.

The pandemic is one part of this, clearly, but there are other factors as well: Investment in streaming really took off in Q4 of 2019, with $551 million in media value that quarter. That was more than half of the entire year ($971 million), and also a number streaming is now set to eclipse in October alone.

Since the start of Q4 last year, streaming services like Disney+, HBO Max, Peacock, Quibi and more have all been introduced. And with most of those services tied to the same studios downshifting movie release ad spend this year, the savings are being transferred to spots around these VOD platforms instead.

Interestingly, theatrical movies have put more emphasis on local, time shifted (VOD) and streaming. Last year, live linear impressions made up 85% of reach, but that number’s fallen to 79.3% in 2020.

The charts below show the point where theatrical releases and streaming switched places. Up top is a look at theatrical movie ad impressions from the start of 2019 through the end of Q3 2020. The second chart shows the same range for streaming services instead.