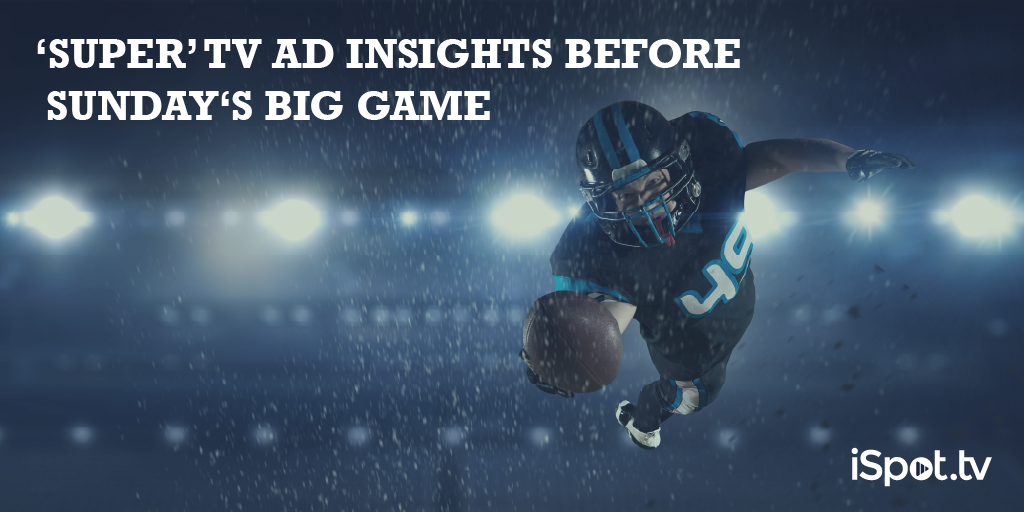 With the Super Bowl just days away, we wanted to shine a spotlight on some unique advertiser insights, courtesy of iSpot. Below, you’ll find some of the most interesting notes around this year’s Super Bowl brands, plus some of the standout creative that will be grabbing the headlines come Monday morning.

While spend and impressions are important measures for TV advertising, every marketer is ultimately concerned about ad effectiveness. For the NFL, we isolated brands that advertised on a network on a game day and looked at the incremental sales lift that happened as a result of that exposure. On average brands advertising during the 2019 regular season received a 27.82% lift.

The baseline for this reporting is the sale activities (Web and app visits, etc.) associated with our panel of 14M devices. The lift number compares the exposure to action ration between those exposed to ads that appeared during NFL programming and those unexposed (control).


Auto ads are no stranger to the NFL — automotive was the No. 1 industry for spend during the regular season with an estimated outlay of $606+ million — but a new brand is coming into the fold during this year’s Super Bowl: Porsche. For the first time in over two decades, Porsche is shelling out for airtime during the Big Game with a spot promoting its electric sports car, the Taycan.

This is particularly notable because, since Jan. 1 2018, the brand has only spent $11.6 million on TV ads overall, and the biggest slice of that has gone to The Late Show With Stephen Colbert (NFL came in second). With 30-second spots costing up to $5.6 million this year, that’s basically half of what Porsche has spent on TV overall since January 2018 — and the brand’s Big Game spot will be 60 seconds, meaning on Sunday they could be investing in one spot what they spent on TV in the last two years.

SodaStream’s First Foray Into Football Comes at the Super Bowl

Rick and Morty’s Interdimensional Travels Land in a Pringles Spot


Adult Swim’s Rick and Morty are no strangers to crossovers. Despite the cartoon duo’s meta humor, late time slot and obscure references, they’ve already “crashed” events like last year’s Emmys. You can add the Super Bowl to the list as well, as Pringles utilizes the show’s manic energy to get you hooked on the spot, which focuses on stacking chip flavors.

The ad’s not without a real-world tie-in, as Pringles rolled out “Pickle Rick”-flavored chips. Pringles has also spent over $100,000 advertising against Rick and Morty episodes since Sept. 1, 2019, and Adult Swim ranks fourth ($2.7 million) among all networks for the company’s ad spend since the start of 2019. With a desire to capture younger audiences, the focus on the network certainly makes sense.


P&G’s Secret women’s deodorant will be tackling women’s inequality in sports with “Secret Kicker” at this year’s Super Bowl. Though it’s not the first time the brand has looked at inequality in a TV ad, the Super Bowl spot is a hint at how Secret views sports as a way to deliver messages of change. Though Secret has put less than 4% of its TV ad spend toward sports since the start of 2018, football has been a particular emphasis. The chart below shows a breakdown of Secret’s spend on sports programming. NFL Football is the top show (any genre) for Secret by spend over the last two years, at nearly $2.9 million.


Turkish Airlines has released a teaser for Super Bowl LIV with astronauts in the desert. The company hasn’t done much on TV since its Ridley Scott ad, “The Journey,” for last year’s Super Bowl. Here is spending per show going back to 2019. Nearly all of its $10.4 million TV ad spend in the timeframe has been on sports as well.

The graph shows Little Caesars spend on sports shows only since the start of 2018.


About 38% of TurboTax’s spend is sports since the start of 2018, and they typically stop spending on TV after the first week of April (and don’t come back ‘til Jan. 1). Also, 21% of their spend since the start of 2018 is NFL, with another 5.1% against the last two Super Bowls. Clearly, they want people to be paying attention before tax season.