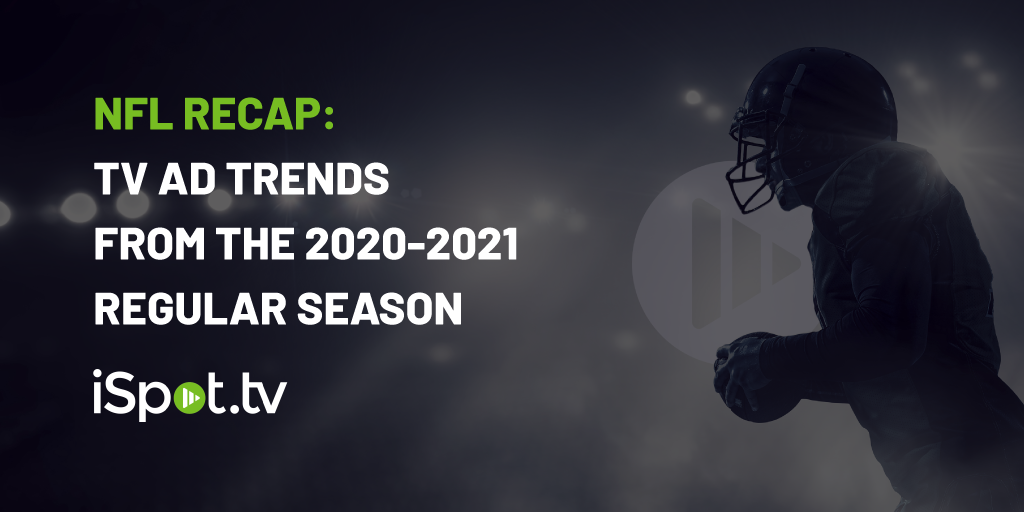 This NFL regular season was far from normal. Between COVID-19 concerns, shifting game schedules, social unrest, the presidential election and a more crowded fall slate of sports, it’s no surprise to see TV ad impressions dip a bit — down 16.9% year over year. Still, that’s just part of the story for NFL TV advertising as we look back at the regular season before the (expanded) 2021 playoffs begin.

Despite the noted decrease, NFL games still produced over 2.5x more TV ad impressions than the next-best program (college football) in 2020. Of the top 20 brand advertisers during the 2020-21 season, eight of them increased impressions year over year. Postmates, which was No. 16 on that list, increased its NFL TV ad impressions by over 20,000% after signing on to be the league’s official on-demand delivery app. The brand was also responsible for the most-seen ad of the entire season, “MNF Fan Feeds.”

There’s plenty more to dig into around the NFL’s atypical season before the playoffs start. Whether you’re an NFL advertiser or not already, iSpot’s latest report is a must-read going into the new year and playoff season. Download it here today.

This site uses cookies to provide you with a great user experience. By using iSpot.tv, you accept our use of cookies. ×