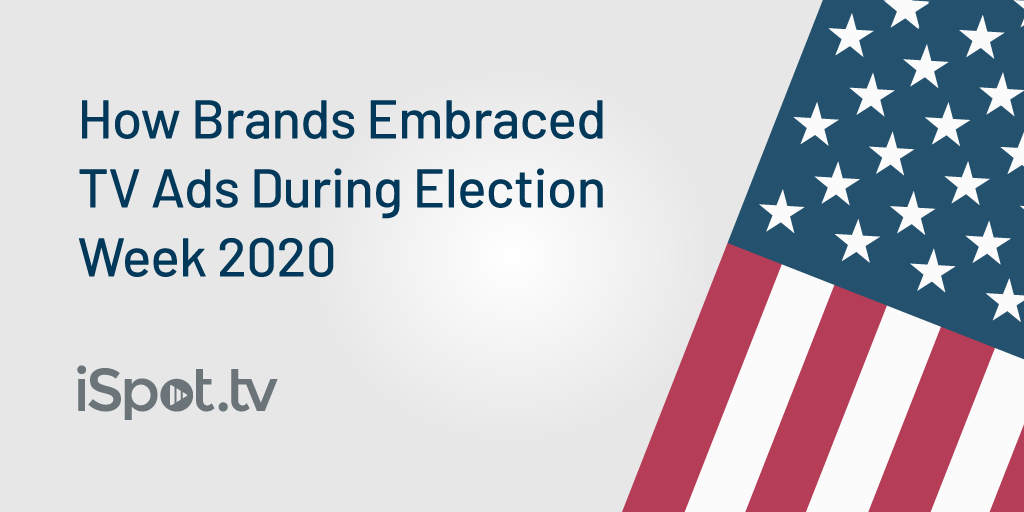 With millions of mail-in and absentee ballots to count, election night quickly turned into “election week” in the U.S., and audiences glued to TVs for days awaiting the result of the presidential race. Cable news, in particular, aired wall-to-wall coverage despite only a handful of updates per day from battleground states. Yet, viewers remained tuned in, as brands that advertised throughout the week-long event witnessed.

During a hectic year, the 2020 presidential election gobbled up attention and impressions as political ads were all over TV. Yet, that dynamic didn’t stop brands from being able to cut through the noise, even on cable news networks. During what wound up being five straight days of election coverage, many brands didn’t shy away from associations with politics, potentially providing a roadmap for how others can do the same in the future.

Interested in learning more about TV advertising during election week 2020, and how certain brands capitalized on increased viewership on cable news networks? Take a look at iSpot’s free report.