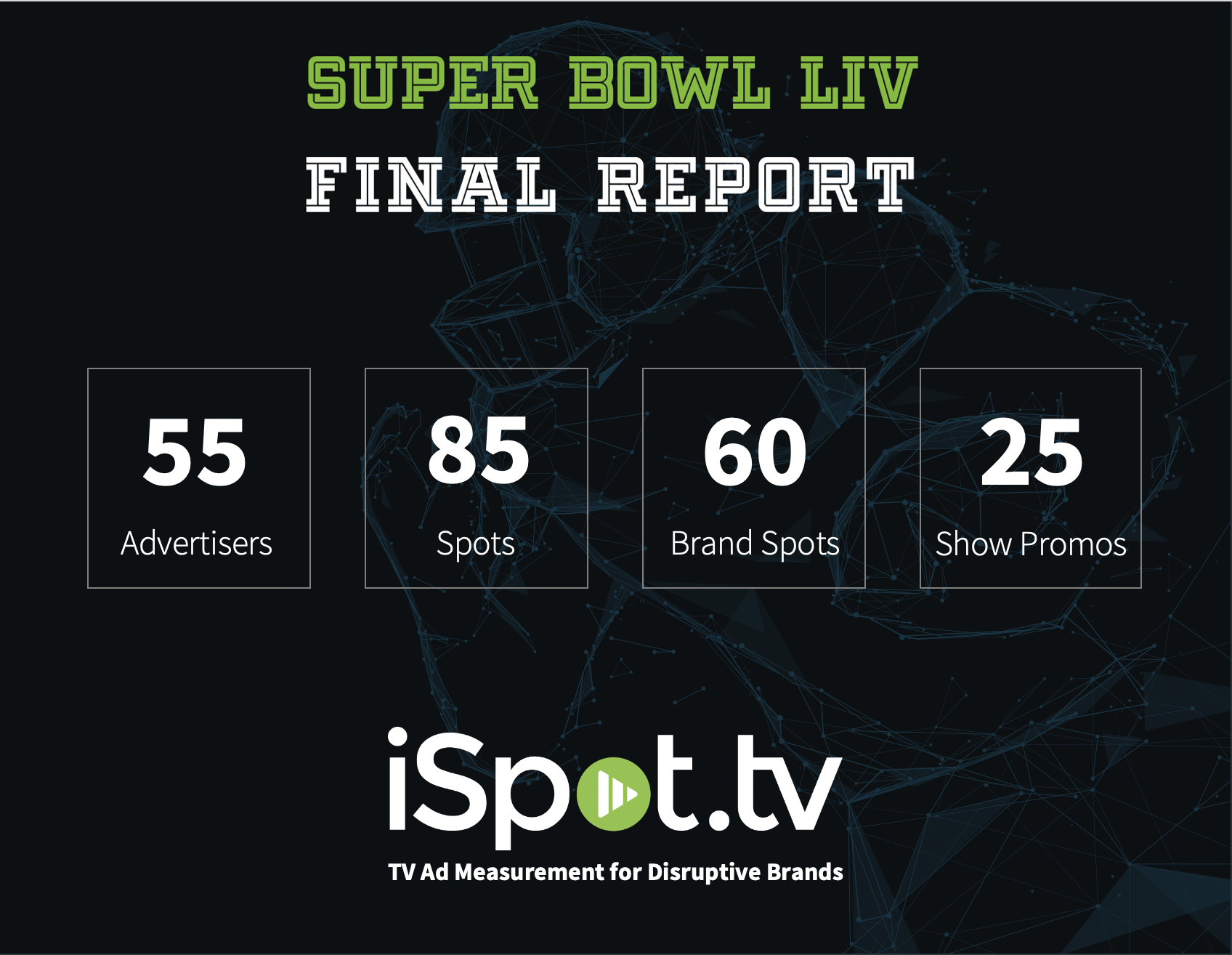 When the dust settled on Super Bowl LIV, the Kansas City Chiefs were crowned championship over the San Francisco 49ers, by a score of 31-20. But beyond the action on the field, there was plenty off of it as well in the form of commercials. Following the big game, we assembled a report examining this year’s Super Bowl ad insights, year-over-year trends, top industries and notable spots.