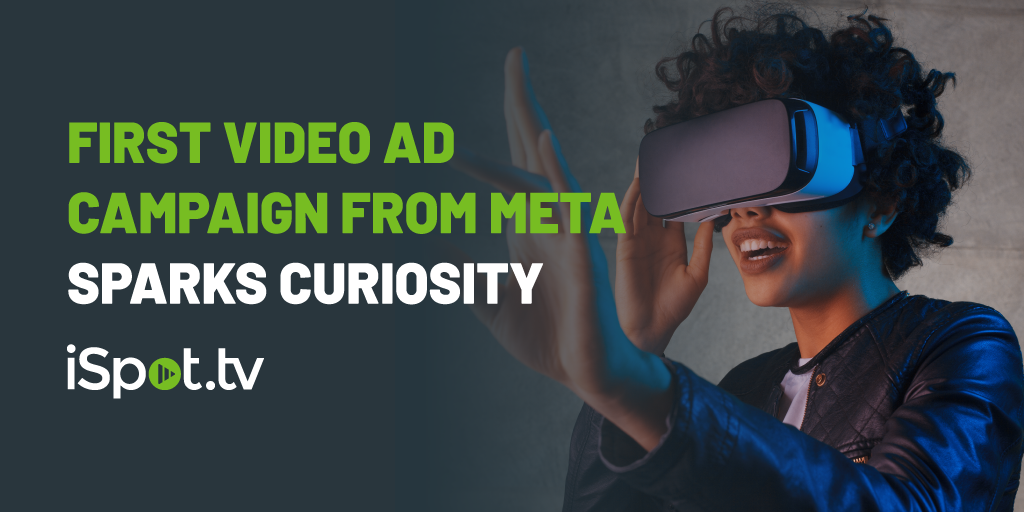 Much has been written about Facebook’s corporate name change, with many journalists questioning the timing as perhaps an attempt to distract consumers from a spate of less than positive press while marketers debate the brilliance, bravery, or brazenness of the move.

Since announcing the rebrand, Meta has launched eight creatives, many tied to Zuckerberg’s Connect 2021 keynote. Yet according to a recent Morning Consult poll, two in three in this country are not interested in entering the metaverse.

Now that the first ads from Meta have hit screens, we wondered how American consumers are reacting to the messaging behind the move. Is there a sense of the brand once again leading the forge into the future, or did viewers find the whole thing baffling? Using Ace Metrix Creative Assessment, we uncovered the following key takeaways from Meta’s introductory brand marketing campaign.

The brand is taking a sweeping approach for how to explain it all. A myriad of spots were released ranging from :15 application-specific ads (such as education or gaming) to the official brand campaign “The Tiger & the Buffalo,” which attempted to fantastically portray the promise of the metaverse — with no specifics about services or deliverables. Over the past two weeks, iSpot.tv reports over half of Facebook/Meta TV/OTT Impressions having been delivered against the :30 “The Tiger & the Buffalo” brand creative.

Curiosity was present in droves across the campaign, pointing to a captive audience – a key goal for the strategists at Facebook (ahem, Meta). Indeed, most of the ads drew Attention at better than average rates for social platform ads.

However, Likeability was less assured, with consumers finding all of the ads far from Convincing, Clear & Concise or educational (Learning). Viewers tended to be somewhat befuddled, with WTF and Awful emotions sparked by each of the new creatives.

Meta brand recognition ranged from 47%-67% across the ads, with the co-branded spots seeing better Facebook recall (unaided), suggesting the sole end reveal likely added to the confusion. It’s also worth mentioning that Facebook has a history of producing ‘out there’ polarizing ads for non-product specific campaigns (recall their “Chairs” spot from 2012).

Change Where it Matters Most

Consumers clearly recognized a Change in direction in many of the spots, but the Information on how the metaverse will affect our daily lives was less clear, with only “Education” and “Entertainment” seemingly making sense to viewers right now. With education currently a hot button topic and nearly every COVID-restricted human yearning for new social opportunities, this shouldn’t be that surprising.

This points to opportunities for other brands to future speak, while serving as a bright start to upcoming ads Meta is sure to air as the brand continues bringing consumers along on the “fantastic voyage.”

In some regards, Facebook has built a business on knowing what consumers want/need before they themselves do, so there’s no doubt the move is meant to cement Meta to the new realm as the leader in the space. In addition, understand it or not, the new campaign has definitely changed the conversation around the brand, with a fresh narrative just what the doctor ordered. However, with politicians, social platforms, and mainstream media flipping scripts and serving up their fair share of misinformation over the past year and a half, at least for the time being, American consumers are taking their curiosity with a side of skepticism.

If you’re interested in performance insights on your own or any other groundbreaking video ads, contact the iSpot team to learn about how we help top brands assess creative effectiveness.

Get in Touch
This site uses cookies to provide you with a great user experience. By using iSpot.tv, you accept our use of cookies. ACCEPT ×