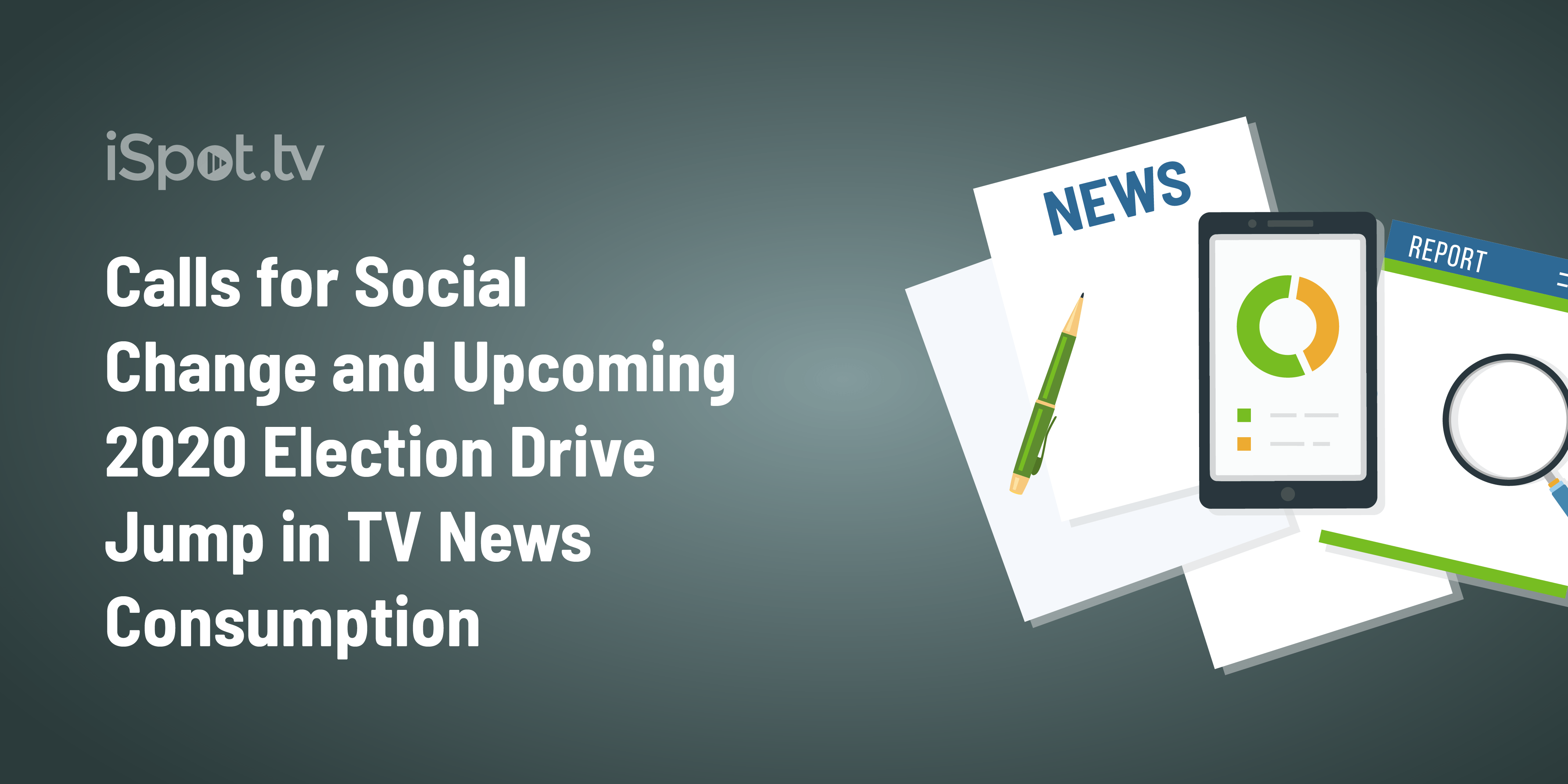 Starting in March, the coronavirus pandemic increasingly pushed U.S. viewers toward TV news for essential information. Then, in late May through June, as protests broke out after the killing of George Floyd by a Minneapolis police officer, viewer interest in live news coverage only escalated.

With the U.S. Presidential Election just months away, this call for racial justice continues to drive impressions, along with key political events like the Democratic and Republican National Conventions. Though these conventions will largely feature videoconference remarks instead of in-person speeches due to concerns around COVID-19, they remain signposts that we’re nearing the main event in this election cycle.

Specific brands and industries already flocked to this year’s DNC. Automakers (69.1 million impressions) and real estate/mortgage brands (55.1 million) were the most-seen industries by impressions during the four-day event.

The image below magnifies the effect of the first half of this year further for news networks, in particular. Cable news showed major increases compared to the same time period in 2019.

In the first half of 2020, our country went through unprecedented social change, battling a dangerous virus as well as confronting issues such as racial injustice and police brutality. And although much has been said about the ongoing decline of live linear TV, one thing has stayed the same: Live news coverage is critical when there are drastic, life-changing events taking place. Politics also draws audiences too, as will be evident during these coming weeks of conventions, stump speeches and possible debates.