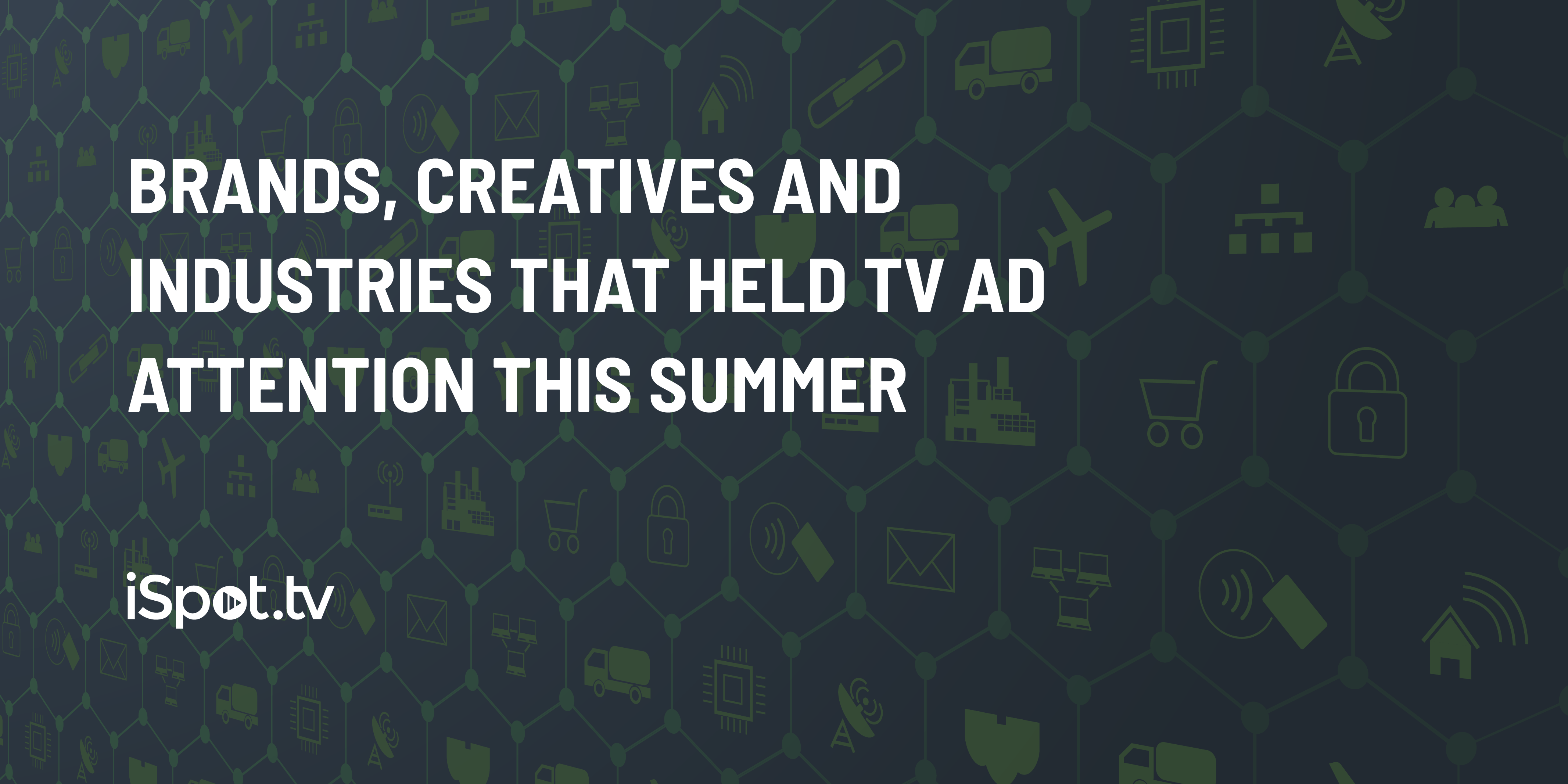 The summer of 2020 wasn’t normal in any respect, and the same can be said for TV programming and advertising. However, with a contentious presidential election coming up, calls for racial justice intensifying, a pandemic raging on and live sports returning by late July, there were plenty of reasons for audiences to tune in.

The selections below are Part 1 of our look back at the summer in TV attention. Today, we’re looking at the top brands, creatives and industries that kept viewers watching. Part 2 will focus on the top shows and networks.

(All data runs from Memorial Day through Labor Day — May 25-Sept. 7)

Looking at brands that had at least 2 billion TV ad impressions over the summer, we can reveal those that kept audiences watching throughout.

Brands That Held Attention This Summer

Insurance ads are a staple in the U.S. no matter the time of year, and that was true once again in the summer. Half of the 10 most-seen spots this past summer were from insurance companies, namely Allstate and Liberty Mutual. Additionally, 13 different spots were seen over 3 billion times.

Looking solely at spots that accumulated at least 1 billion impressions, here are five ads that stand out in iSpot’s Attention Index:

As automakers flocked back to TV with the return of sports, summer sales ads were prevalent for many of the top brands. Carvana also got in on the act, with “Pioneers of 100% Online Car Buying” as a top performer by attention (9% above the norm).

In DTC marketing, attention for Chewy.com’s “Color Your World” ad — which first appeared back in 2019 — was 8% above the norm. The spot also helped Chewy land in our ranking of the 40 most-seen brand ads on TV this summer, with over 2.1 billion impressions.

Industries That Keep People Tuned In

Industries That Kept People Tuned Into Ads This Summer