Back to School, Maybe 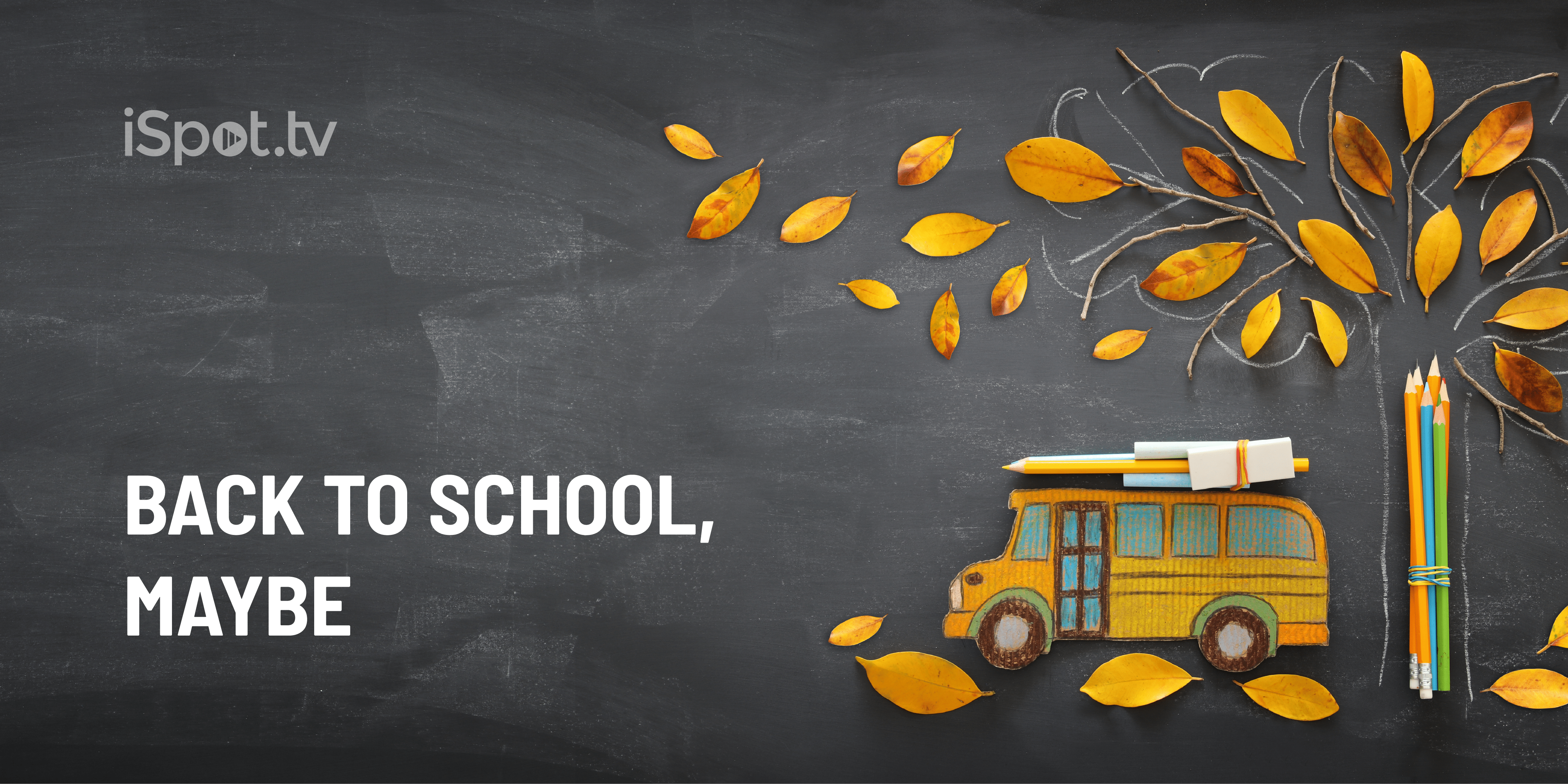 The 2019-20 school year had an unexpected closing, with many proms and graduations cancelled as students had to complete their classes remotely. As the COVID-19 pandemic continues, students, parents and teachers are forced to consider what going “back to school” looks like for the coming fall.

Ordinarily, retail advertisers begin their back-to-school TV campaigns each July and August, featuring backpacks, new clothes and a seemingly endless amount of supplies needed for entering a fresh school year. The 2020-21 school year isn’t ordinary, though, and neither are the TV ads. Many of the largest advertisers have aired creatives that are sensitive to the pandemic, showing that for many across the country, the school year actually means remote learning at home in some form.

In Target’s usual fashion, they chose a fun pop song for the back-to-school campaign, this year’s featured track is “Smile” by Katy Perry.  The retailer aired three different creatives, focusing on different aspects of back-to-school shopping, and the potential for remote learning in many areas:

As a larger retailer, Target also has other ad campaigns going at the same time. Target had four of the top department store ads by impressions during the timeframe.  The brand had over 1.8 billion more impressions than the nearest competitor in the industry (Walmart), and has emphasized primetime and daytime dayparts for its ads (about 47% of all impressions were during those dayparts).

Walmart opted for the campaign tagline, “However You Go Back, We’ve Got Your Back.” The nationwide retailer is fully aware that its store locations will be in school districts that are “back” to school in a variety of ways, from videoconference classes to backyard science experiments.

Walmart is also still running other sale ads for the summer, and its overall strategy has leaned on big-impression networks like NBC (12.3% of total impressions in the timeframe), ABC (10.6%), CBS (9.1%) and HGTV (8.0%)

Macy’s utilized two different creative approaches around back-to-school, aiming to fit the bill for all consumers, regardless of what that experience looked like.

This year, the online retail giant chose to fully embrace the likelihood of remote learning for schools. While Amazon’s 2019 back-to-school campaigns starred children sitting at desks in classrooms, the 2020 ads thus far have only shown children at home, learning math, science and even attempting online band rehearsals. Even more realistically, it shows some of the struggles parents inherit while juggling work and remote learning for kids, too.

Amazon’s larger TV ad focus right now has been employee profiles and its “Climate Pledge” ad (15 impressions of any ad in the time period). But the two back-to-school ads totaled over 942 million impressions.

JCPenny’s “No Matter What the School Year Brings” was the sixth most-seen department store ad on TV in the July 20-Aug. 16 timeframe, with over 738 million impressions. The spot showed various scenes of what school could look like in the coming year, and emphasized family support over explicit sale messaging. The same could be said of “Back to School, Kinda” as it leaned into how different going back to school would look for many across the country.

Over 52% of “No Matter What the School Year Brings” airings were during primetime, and interestingly, about 9.4% of impressions were during quiz & giveaway shows. The ad has also barely appeared on TV in the last two weeks, concentrating airings largely in July.

Old Navy leaned far more heavily on other creative (namely the socially-aware “Another Look”) this summer, but began its more traditional back-to-school advertising after the first week of August. Its single spot, “Back to School: Fresh Looks,” leaned into a versatile clothing selection that fit the uncertainty of what the new school year would actually entail.

While it wasn’t focused on back-to-school “Another Look” was still the 28th most-seen ad on television from July 20-Aug. 16, keeping the brand on consumers’ minds just the same.

Kohl’s was another later arrival for back-to-school messaging. The department store had spent the summer emphasizing various deals, and did the same with its lone back-to-school spot. Rather than an explicit pitch around preparations for classes to start again, Kohl’s advertised a larger discount push that consumers could use for back-to-school shopping.

Since arriving on television on Aug. 12, the spot was TV’s No. 1 ad by impressions.

Office supply brands are also a key part of the back-to-school push, as parents and teachers alike make new purchases around a fresh start to the year. Using the same timeframe (July 20-Aug. 16), Pilot Pen had the biggest presence on TV among office supply brands, with nearly 50% of all impressions. Those came via four different spots, most notably, “Unstoppable is an Understatement” (82.3 million impressions).

The majority of the other office supply brand impressions out there came from 3M (72.7 million impressions) and X-Chair (62.1 million); the latter attempting to capitalize on home office and schooling environments requiring new chairs.

Back-to-school may look very different this year, but brands are creatively engaging with consumers through TV advertising in ways that are respectful of everyone’s current challenges. With audiences scattered this year, brands need the right data to find potential customers, wherever they may be watching. Check out iSpot’s free COVID-19 impact reports for more information on where audiences are migrating and current creative trends.