While Traditional TV Ratings Prove Murky, One Thing is Clear: Ad Ratings Were Up During COVID 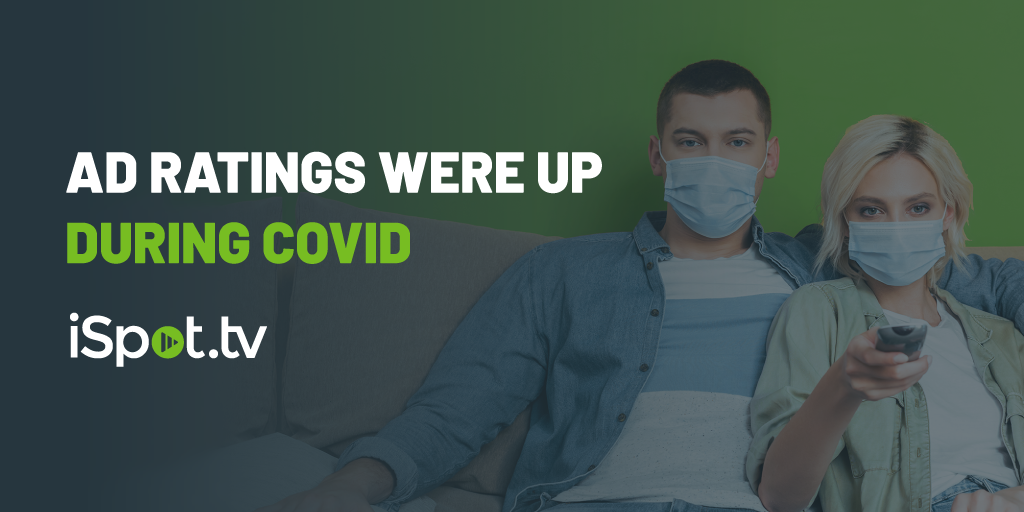 A Look at How Ad Viewership Transformed During the Pandemic

If you are in the business of buying or selling TV advertising, the recent issues involving “understated” audiences is more than just cause for concern; for many, it has generated calls to action. Discovery wants money back, the VAB wants an audit, NBCUniversal is reminding the market about the importance of trust.

Accurate measurement matters — especially for networks selling ad inventory based on gross ratings points for programs, and for those brands buying audiences against specific programming and time slots. However, while so much of the public chatter right now is about program and day-part ratings, the conversations with brands have more to do with the metrics they care about and how data generated from their investments can be tracked and measured persistently and reliably.

Despite the many disruptions during the pandemic, iSpot’s system did just that. And the results run counter to a prevailing narrative. While TV viewership for programming diminished, the amount of chances brands had to reach households actually increased.

Below is a collection of charts utilizing the iSpot Ad Rating, a measure of total households where at least one TV had a verified exposure to a given TV ad. The verification is done by the on-screen detection of the ad play in 18M homes, balanced and extrapolated to the U.S. Census. The Average Ad Rating is the average of all ad units for a particular date and daypart for a given network.

Year-Over-Year Average Ad Ratings Were Up 7.6%

Before we share more interesting trends using iSpot’s always-on TV ad measurement, first consider why and how validating every ad across platforms can provide both the buy and sell side a more accurate, reliable system for exchanging value.

Scale: We utilize a large panel of TV ad data that requires no in-home calibration or maintenance. Our panel is calibrated against multiple forms of measurement, including set-top box, smart TV, person-level panels, census data, device graphs and household demographics. The result is a representative view of TV audiences that’s future-proof (and pandemic-proof), allowing brands, agencies and networks to make decisions with confidence.

Measure Ads, Not Programs: Ads are increasingly getting decoupled from programs given the continued growth in streaming and addressable in environments. The only way to get accurate measurement is on-the-glass verification of ads. iSpot is the only company that detects all ads across a massive (18 million) footprint of TVs. Competitors are still relying on programs first to measure advertising — even those that also use smart TV data.

Count All Forms of TV: The nature of TV isn’t static, so why should measurement be? Today, TV ad measurement must account for linear, streaming, addressable, cable, over-the-air, set-top box and various forms of streaming devices. iSpot is the only company able to detect ads across all of these formats to present a full picture on when and where creative appeared, and its performance relative to audience attention, effectiveness and business outcomes.

For Most of 2020, Average TV Ad Impressions Were Up on a Daily Basis

Primetime TV Ad Ratings Were Up 1.2%, Lagged in Q4

Despite No NCAA Tournament, Turner TV Ad Impressions Were Up by 33.6%

Across All Discovery Inc. Channels, TV Ad Impressions Were Up 9.8%

Want more insights around how TV ads successfully got in front of audiences in 2020? Reach out to iSpot’s Media Partnerships team to learn about how impressions migrated, and how you can use that data to inform your own decisions going forward.