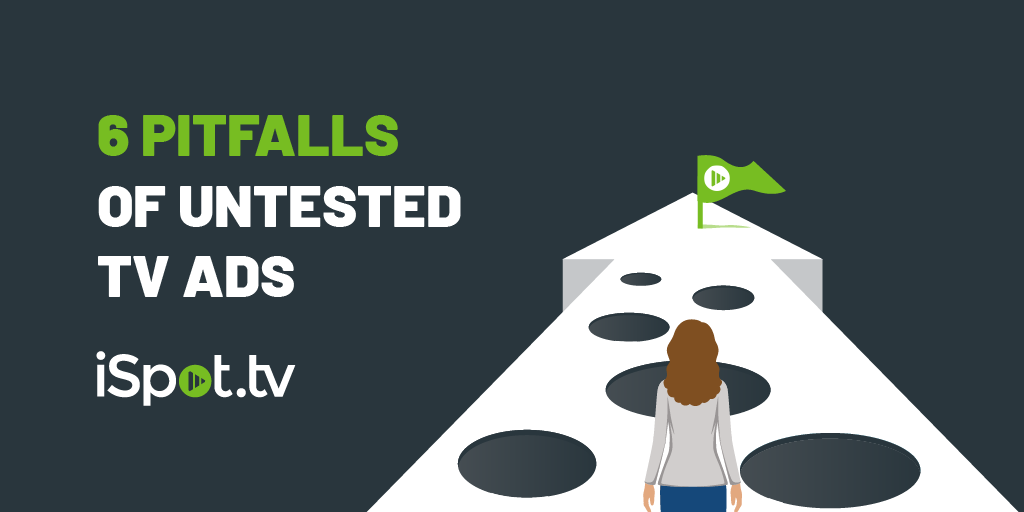 A storyline, CTA, or celebrity might make perfect sense in the boardroom, but what if as soon as your ad goes to market, consumer response is lukewarm? Or, worst-case scenario, your ad sparks social media uproar and leaves your brand image tarnished.

Sales lift might be the ultimate goal of an ad campaign, but there are many factors that determine the success or failure of the creative. And while measuring in-market performance of an ad is important, it is equally (if not more) crucial to test creatives among consumers before going live. The following are the top risks brands can avoid by investing in pre-market creative assessment as part of their overall TV and video advertising strategy.

Overpowering negative consumer response not only harms a brand, but also puts professional reputations on the line. No one thinks they would make the same tone-deaf mistakes that led to Pepsi’s controversial “Kendall Jenner ad.” But the fact of the matter is that negative reactions can blindside even the most experienced marketers.

Whether it is in animatic or final form, early creative assessment will help you identify and resolve red flags that could harm your brand’s reputation, and ensure your audience receives your ad in the way you intended it. When caught early, marketers can make edits to improve overall effectiveness and avoid damage control later on.

Sometimes, backlash against an ad comes from a highly vocal minority — outside the target market. Social media moves fast and could lead to hasty decision-making, like pulling an ad that is actually achieving its objectives. Data from pre-market and in-market creative assessment provides a more complete picture. From there, marketers can better decide whether to stay the course with an ad, potentially saving them lost production and media costs.

This was the case when Gillette faced swift backlash with its toxic masculinity and #MeToo commentary in “We Believe: The Best Men Can Be.” Creative assessment revealed that in this case, the naysayers on social media did not represent the majority opinion. P&G stood by the ad and months later, Gillette’s CMO was satisfied with the impact among its intended audience, Gen Z and Millennials.

Risk #3. Following in Your Competitors’ Footsteps

Advertisers need fresh, innovative, and original ideas to stand out from the crowd. The last thing you need is to go to market with the same message as your competitor. And even when your concept is unique, it still needs to outperform other ads running in-market.

Producing and measuring video creative in a vacuum without context doesn’t cut it. In order to assess how your ad will perform when it’s live, you need to track and benchmark against competitors. That is why Ace Metrix (an iSpot company) has analyzed every nationally breaking TV and digital video ad over the past decade.

With real-time data on 100K+ ads from 4.3K+ brands, you can immediately benchmark your creative performance and monitor competitors’ breaking creatives. In addition to industry benchmarks, you can even compare performance to a specific category and brand norms, as well as events (e.g. Super Bowl) and themes (e.g. COVID-19). In instances like the Super Bowl, where brands bring their A-game and there’s fierce competition for consumer attention, advertisers need to compare ads to what they’re up against. Not having the right context could result in an ad that’s not up to par.

Risk #4. Messaging That Misses the Mark

Emotional advertising builds relationships with consumers, influences long-term memory, and drives purchase decisions. But, too many marketers rely on their gut instincts to create an ad’s emotional connection, leaving them in the dark about actual impact.

Ace Metrix’s emotional and cultural measurement helps brands verify that an ad is resonating as intended. Don’t just assume viewers find your creative funny or inspiring. Get quantitative data that proves it. Meanwhile, hitting on undesirable metrics, like “Inappropriate” or “Boring”, could signal unforeseen messaging or production issues that will reflect negatively on the brand.

Sometimes advertisers anticipate mixed reactions, especially when wading into sensitive, cultural subjects. Without quantitative data to back up their creative approach, they are left to estimate the risks and rewards of their messaging. Ace Metrix Cultural Perception scoring system measures positive and negative impact so marketers can take confident, strategic social stances where the rewards outweigh the risks.

Take, for example, Nike’s 2018 “Dream Crazy” campaign featuring Colin Kaepernick, who was a polarizing figure at the time. Some consumers called for boycotts, but the positive response was so overwhelming it resulted in Nike sales increasing 31%. The brand clearly knew the reward would outweigh the risks.

Media consumption is more fragmented than ever before with multiple screens and platforms competing for consumer attention. At the same time, skippable ad environments put viewers in charge of what ads they watch, and for how long. To overcome these challenges, brands need to create incredibly engaging video ads that viewers not only watch all the way through, but seek out and share.

To that end, it’s important to track viewer engagement second-by-second. If an ad isn’t building interest in those first five seconds, it will be vulnerable in skippable ad environments and the ad’s message will likely go unheard.

Why pay to run a 0:30 spot when the 0:15 is equally, or more effective? In instances like the Super Bowl, where a second of airtime costs over $168,300, shaving an extra 0:15 could make a world of a difference for your ROI. By understanding which ad lengths perform best, advertisers can either save media dollars or justify putting more spend behind the longer version of an ad.

In addition, verifying that your ad is resonating with your target audience is an obvious must. But assessing how viewers with different behavioral and/or demographic attributes respond can reveal other viable audience segments you might have otherwise overlooked. This level of testing will help you get the most out of your media plans and reinforce where not to run ads.

Advertisers have enough to worry about before a campaign launches. They need fast, accurate, and actionable ad measurement they can trust at each and every stage of creative development. Interested in leveraging Ace Metrix Creative Assessment to minimize the risks of your video advertising? Get a demo today!